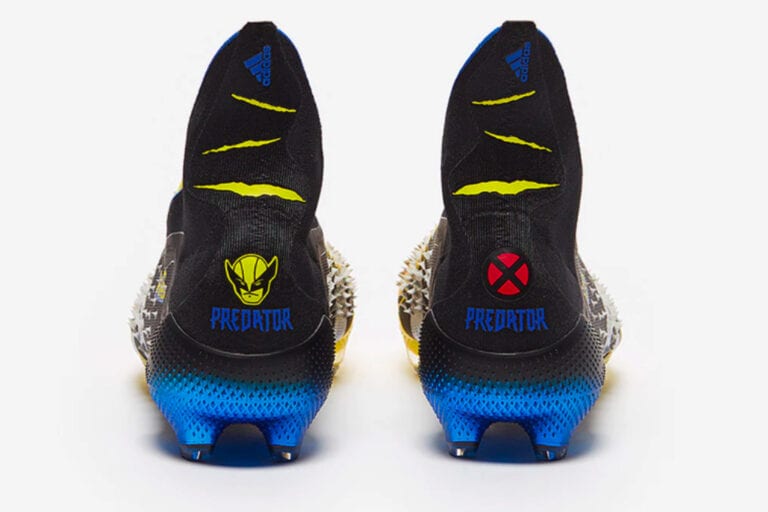 adidas and Marvel have teamed up to reveal a series of limited edition X-Men-inspired colourways that are ‘loud’ to say the least.

The collection sees both the Predator and X lines getting a garish reskin that will be donned by some of adidas’ biggest names on the pitch.

Two Marvel icons, Wolverine and Cyclops, have been celebrated as part of the wild capsule which sees an array of deviations from the original silhouettes.

The Predator Freak+ features a piercing yellow and black colourway, along with lashings of claw marks and exaggerated spines on the boot upper.

“With Demonskin 2.0 spines covering almost the entirety of the mid and forefoot, the adidas Predator Freak+ ups the intimidation factor in both looks and performance.” The boot description reads.

The X Ghosted model opts for the traditional X-Men blue to coincide with the eye-catching yellows, accented by a red three stripes which pay homage to Cyclops.

“A semi-translucent blue effect demonstrates your unseen speed, while the minimalist low-cut collar offers full freedom of movement and creates a fast-focused silhouette.” That description explains.

Both boots come in the usual laceless and laced editions and are available to preorder over on the Pro:Direct website now.