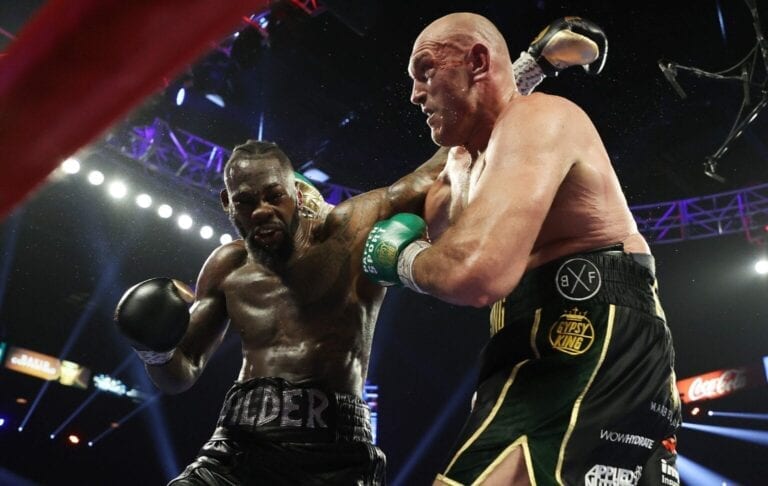 Just days after Tyson Fury seemingly confirmed his much anticipated showdown with Anthony Joshua would indeed take place on August 14 in Saudi Arabia, there’s a new, potentially huge spanner in the works.

That’s because Fury has reportedly been ordered to fight Deontay Wilder for a third time, after the American fighter won an arbitration case that means the Brith must fight him for a third time before September 15.

Fury defeated Wilder in their second fight in February 2020, after their first bout ended in a controversial draw. The two were scheduled to meet and complete the trilogy, however COVID halted any plans before ‘The Gyspy King’ confirmed his plans had moved on.

However, Wilder’s camp have fought against that decision, with a judge now ruling in their favour.

The result doesn’t necessarily mean Fury vs AJ can’t take place on the planned August date, though it could mean Wilder receiving a ‘step aside’ fee.

Give the reported figures already offered Saudi authorities to stage the British superfight, sitting somewhere in the £106m region, it wouldn’t be unimaginable for a new deal to be hammered out which would see a portion go to Wilder.

There could then be a potential clause that would mean ‘The Bronze Bomber’ facing the winner of the fight, though you’d have to imagine a rematch clause will also be an essential part of any contract between Fury and Joshua – just to make things that bit more complicated.

While it may not be complete panic stations just yet, the news will no doubt be a little uncomfortable for both parties, as it now seems Wilder will have a sizeable say in the future of this fight.