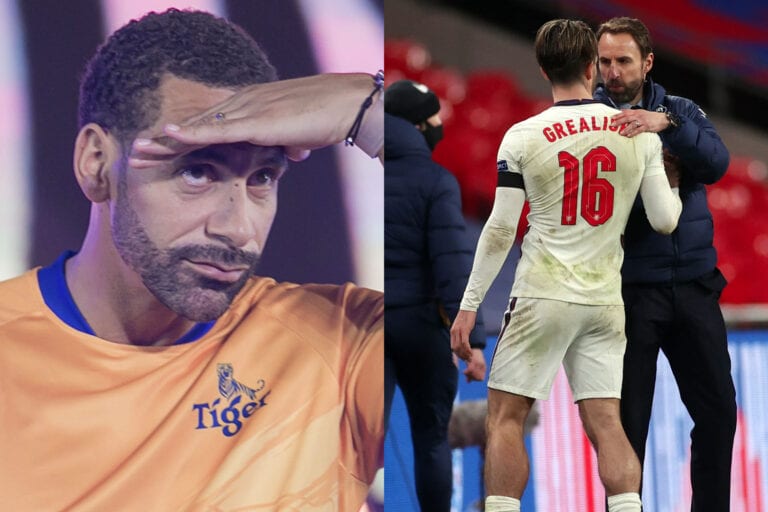 Rio Ferdinand has revealed who he would pick to be part of England’s 26-man Euro 2020 squad this summer.

The former Manchester United defender was recently joined by Glenn Hoddle and Joe Cole on BT Sport’s Between The Lines, where all three men gave their thoughts on England’s possible squad for the Euros.

Throughout the course of the discussion, Ferdinand had many thoughts on what Gareth Southgate could do as we gear up for the first major international tournament since the start of the pandemic. In particular, he wanted to focus on some of the younger stars who are in contention.

“I like youth. I wanna give youth a chance and I think that I’m looking ahead as well – not just this tournament. This has been a bit of a weird lead-up to a tournament, which is probably an understatement.” He said.

“I’m looking at this as almost a free hit for someone like Gareth [Southgate]. You could introduce some young players, give them experience, and really open them up and expose them to what a tournament is like.”

Ferdinand went on to discuss one of the biggest omissions from his squad, Kyle Walker, also noting that Aaron Wan-Bissaka could’ve easily featured too.

“[Kyle] Walker, I think, would be the unlucky one in my squad, and he’d have really good grounds to ring me up and give me a piece of his mind!” 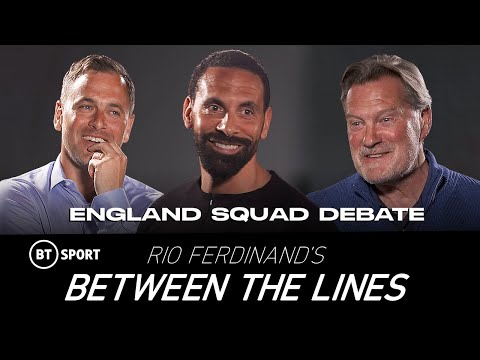 Watch the latest episode of Rio Ferdinand’s Between The Lines: England Euro 2020 Squad Debate in full on the official BT Sport YouTube channel.