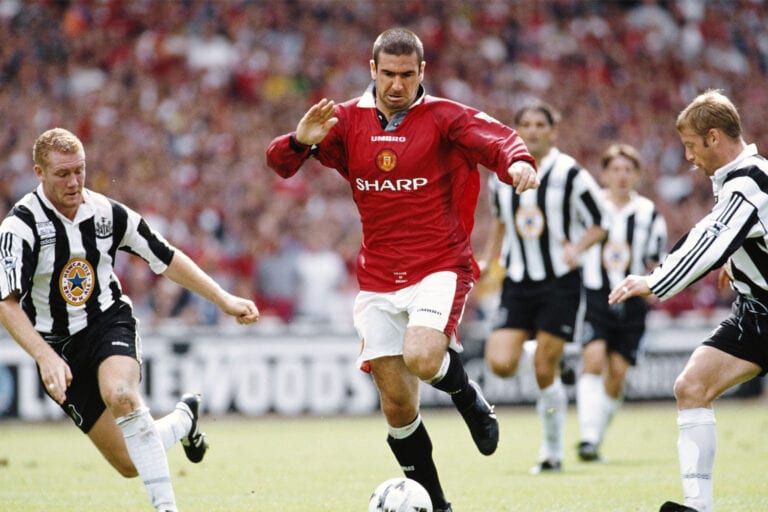 Former Manchester United forward Eric Cantona has been named as the latest inductee into the Premier League Hall of Fame following a fan vote.

Cantona inspired a period of consistent success when he joined the club, scoring 70 goals in 156 Premier League appearances, and winning the league title four times in five seasons before his retirement in May 1997.

The Frenchman joins Alan Shearer and Thierry Henry, who were both announced as the first members of the Premier League Hall of Fame last month.

A further five names will be chosen next by fan vote from a 23-man shortlist.

“I am very happy and very proud and at the same time, I am not surprised!” said 54-year-old Cantona.

“Of course, to play in England was a dream. It is a dream of everybody to play in the Premier League.

“I have been lucky to play in this [Manchester United] team with wonderful players, a wonderful manager and wonderful fans.

“It was the football I dreamt about because Manchester United is a club where they want to win things but in a good way. It was like this in the time of Matt Busby. This is the identity of this club, the philosophy of this club.”

Who makes up the rest of the shortlist?