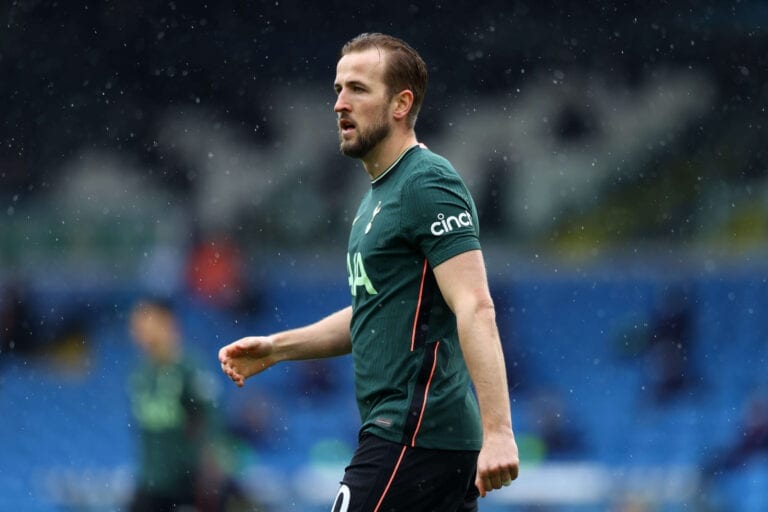 It was reported last night that Harry Kane has expressed his desire to leave Tottenham Hotspur this summer, which would bring to an end a 17-year association with the club.

Kane has scored 165 Premier League goals for Spurs, won two Golden Boots and been named in the Team of the Season on four separate occasions.

However, he has yet to win a trophy with Spurs.

Now, discussion will undoubtedly turn to his potential next destination. It is worth noting that Kane staying at his current club is still the favourite with the bookmakers offering that particular market.

The 27-year-old’s contract runs until 2024, so raising the funds required could be an issue for some teams, given the current transfer market.

However, if Kane was to leave Spurs, who could his next club be? Let’s take a look at the odds (all odds courtesy of oddschecker & correct at the time of writing):

Manchester City are currently the favourites to sign Kane next season.

With Sergio Aguero leaving the club this summer, it was uncertain as to whether City would search the market for a replacement – but the news surrounding the England striker could change their minds.

The Daily Mail reported last week that Pep Guardiola has a four-man striker shortlist for this summer – and one of those names was Kane.

Manchester United have been linked with Kane for several windows – could this be the year they finally get a deal done?

The club extended the contract of Edinson Cavani last week, but if United are in the market for an additional centre forward, Kane will surely be high up that list.

Chelsea are reportedly one of three teams – the other two being City & United – to have expressed interest in signing Kane.

The Blues signed Timo Werner from Leipzig last summer, although the German only has six Premier League goals to his name this season.

There are also doubts over the long-term future of Tammy Abraham, who was left out of the squad completely for the FA Cup final last weekend.

One option for Kane could be to reunite with his former Spurs manager Mauricio Pochettino at Paris Saint-Germain.

With Everton loanee Moise Kean’s long-term future in doubt – he has reportedly expressed a desire to join PSG permanently – it could be that Pochettino delves into the market for a new centre forward.

The reigning French champions are desperate to seal a first Champions League title, and an attacking trio of Mbappe-Kane-Neymar would certainly strike fear into opposing defenders.

End of an era: Sergio Aguero next club odds

End of an era: Sergio Aguero next club odds