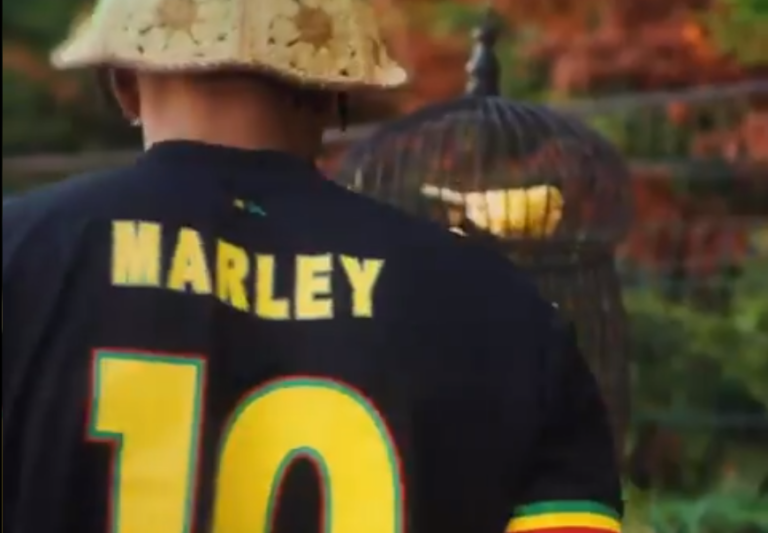 Ajax have unveiled a Bob Marley-inspired third kit for the 2021/22 season – much to the delight of fans on social media.

The Eredivisie giants confirmed the news yesterday alongside a video on Twitter which showed off the kit.

The shirt, created by adidas, is all black on the front with the sponsor logo, adidas logo and Ajax logo all in red.

The sleeves are adorned with red, green and yellow marking – colours that Bob Marley often wore.

The shirt – which is inspired by Marley’s famous hit ‘Three Little Birds’ – does indeed feature three little birds on the back in tribute.

Ajax worked closely with Marley’s family in creating the third kit, which will also be used as the second kit for European matches.

The club will enter the Champions League at the group stage.

Explaining the story and the reasons behind the third kit, Ajax stated on their official website: “The story of Ajax, Bob Marley and Three Little Birds began in August 2008, when Ajax played a friendly against Cardiff City in Cardiff.

“Afterwards, the Ajax fans were asked to stay longer in the box. To entertain the patient Ajacieden [Ajax fans], the stadium DJ decided to play some more songs.

“One of those songs was Three Little Birds. The rest is history.

“It has become a true symbol of hope, with fans singing regardless of standing in the match.”

Bob Marley’s daughter, Cedella, told the website: “I am deeply moved that Ajax has embraced Three Little Birds as their own song.

“Stories like this touch my heart and show how powerful songs like Three Little Birds can be.

“Football was everything to my father. To put it in his words, football is freedom.”