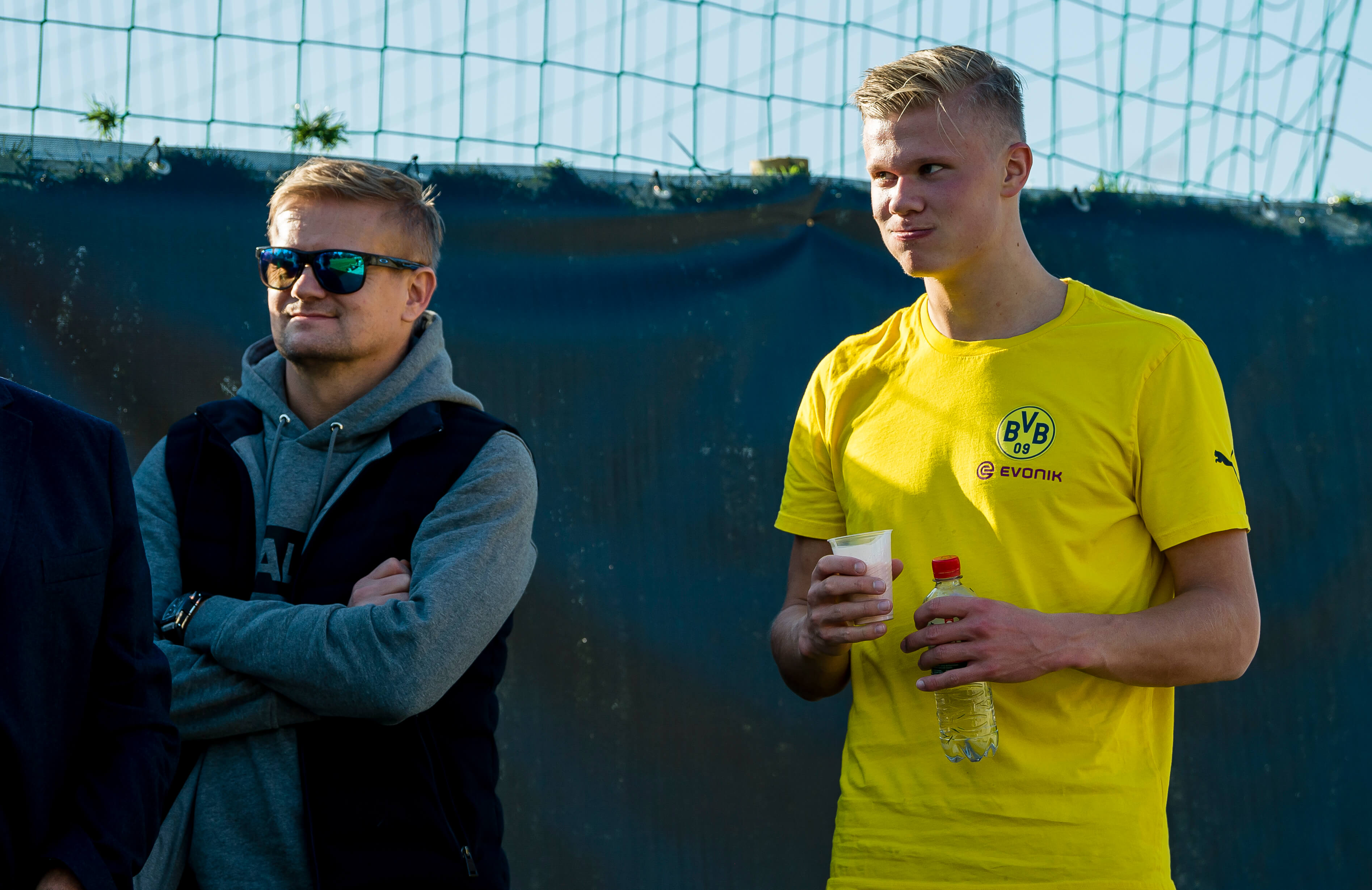 After one of the longest-running transfer pursuits in recent memory, Manchester United have finally agreed a deal in principle with Borussia Dortmund to sign Jadon Sancho.

The Red Devils launched a bid for the England winger last summer, but were not willing to meet Dortmund’s valuation.

This time around, the teams have agreed on a fixed fee of €85 million.

Understandably, Dortmund fans are disappointed to be on the verge of losing one of their key players – including CEO Hans-Joachim Watzke.

He explained: “There’s an agreement with Manchester United for Sancho.

“It was Jadon’s express wish to change, we would have liked to keep him.

“We are not happy about the money but sad that’s he leaving.”

For the last 18 months, Sancho has played at Dortmund alongside Erling Haaland – one of the most coveted strikers in world football.

And Haaland’s father, Alf-Inge, was also disappointed at the news, and expressed his views in a more blunt fashion:

Sancho’s transfer to United will bring to an end a long-running saga over the player’s future.

At the age of 21, Sancho has already made over 100 appearances at senior level for Dortmund, establishing himself as one of the club’s most important players.

He will slot seamlessly into a United attack that contains a mixture of exciting young talent and experience.

The Athletic have reported that United and Sancho will now finalise personal terms, before the player undergoes a medical.

Whether that medical takes place in England’s Euro 2020 camp, or after the tournament concludes, is not clear.