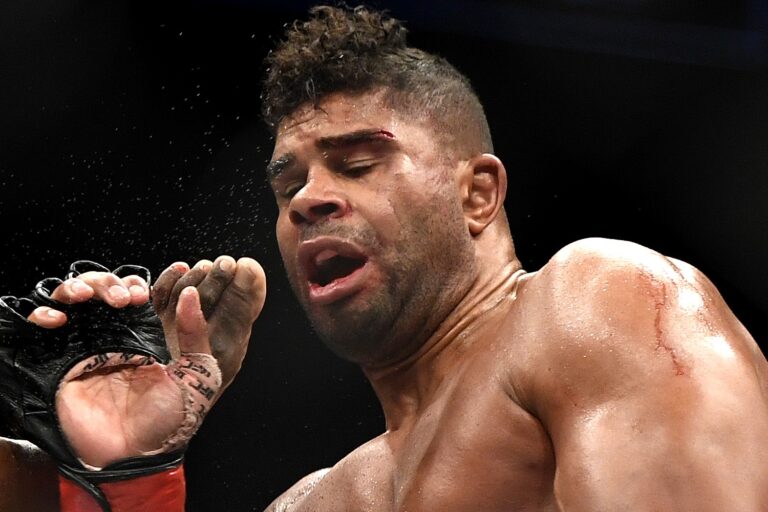 Overeem, who was recently released by the Ultimate Fighting Championship, is widely considered to be one of the greatest MMA heavyweights of his generation. From PRIDE to the UFC and beyond he’s accomplished a great deal both in mixed martial arts and kickboxing, with his plan being to return to the latter with GLORY later this year.

Overeem lets himself down

Way back in 2011, though, he went to war with Brock Lesnar at UFC 141 in what proved to be one hell of an arrival to the promotion for “The Reem”. The Dutch star brutalised Lesnar in what would prove to be his final UFC fight before returning to WWE on the Raw after WrestleMania in 2012.

After being asked about Lesnar’s most recent comeback to WWE at SummerSlam by Ariel Helwani, Overeem proceeded to go on a strange rant about professional wrestling and used some pretty unsavoury terms to describe his point of view.

“And just recently, I started looking again on YouTube, and oh my God, this stuff is lame. It’s just lame what these guys are doing,” Overeem said. “It’s fake. It’s lame. It’s stupid. It’s gay. It doesn’t make any sense.”

Alistair Overeem was on #TheMMAHour and called #wrestling lame, stupid, makes no sense, and other words we choose not to repeat. pic.twitter.com/KNg1RbsOyS

“Why? Because I’m speaking the truth?” Overeem responded.

“Sorry for all the fans of WWE, but I’m just being honest,” Overeem said. “I’m just giving my opinion. Free country, right?”

Overeem fought on the same card as the aforementioned CM Punk back at UFC 203 in Cleveland where he was knocked out by Stipe Miocic.