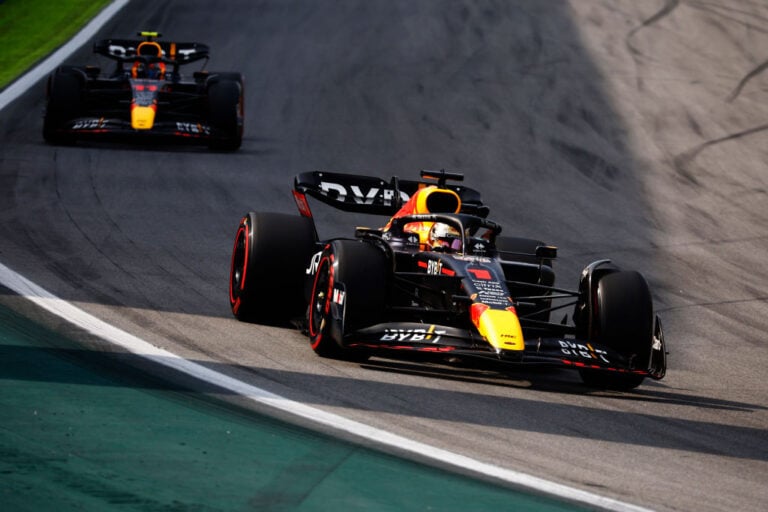 Reports coming from various areas of Dutch media claim that Max Verstappen ignored team orders to let Sergio Perez through at the Brazilian Grand Prix due to an incident at Monaco.

In the latter stages of the race at Interlagos, Perez allowed his Red Bull teammate past in order to try and catch Charles Leclerc. Leclerc and Perez are currently fighting for second place in the drivers’ championship.

However, Perez allowed Verstappen through on the proviso that the Dutchman let his teammate back past if he could not reach Leclerc.

On the last lap, the Red Bull pit wall asked Max Verstappen to hand sixth spot back to the Mexican. He refused, though, stating “I gave my reasons”.

As a result, Perez finished a place behind him in seventh. He is now level on points with Leclerc heading into the final round.

But what are these “reasons” that Max Verstappen alluded to when ignoring team orders?

According to Dutch racing driver and ViaPlay F1 pundit Tom Coronel (via RacingNews365), Verstappen’s stubbornness stems back to the Monaco Grand Prix.

During the top 10 shoot-out at Monte Carlo, Sergio Perez crashed his car at the Portier corner. His incident forced a red flag, which ended the session. As a result, the Mexican started P3, one place ahead of Verstappen in P4.

Perez then went on to win the Grand Prix the next day.

But that is not all. Formule 1.NL – another Dutch media source – claims that Sergio Perez admitted to the Red Bull team that his Monaco qualifying crash was intentional. He allegedly binned his car at the end of qualifying in order to prevent Verstappen and others from improving their times.

And, per De Telegraaf (via Crash.net), this incident has apparently irked Verstappen and his entourage for a while. So, speculation suggests that Max decided to take revenge on Perez’s Monaco accident by ignoring team orders in Brazil.

Speaking after the race on Sunday, though, the reigning World champ remained coy on his Brazil GP actions.

Verstappen refuses to be drawn on Brazil GP fiasco

Following a meeting with his team, the Dutchman addressed questions about ignoring his teammate’s request.

“I understand from Checo’s side he is disappointed,” said Verstappen via BBC Sport. “But I also gave my reasons why I didn’t do it, about something that happened in the past. That’s why we all sat together and talked about it.

“As a team, we understand, and we move forwards.”

As a sort of olive-branch agreement, Verstappen then declared that he would help Perez, if possible, at the final round.

“We go to Abu Dhabi. If he needs help there to finish ahead of Charles, I will help him.”

When asked if his actions were because of Perez’s now-controversial Monaco GP crash, Verstappen gave nothing away.

“I don’t need to say,” responded the world champion, cryptically.

In a season where Red Bull and Verstappen have already come under fire for their cost cap breach, this incident is further negative PR.