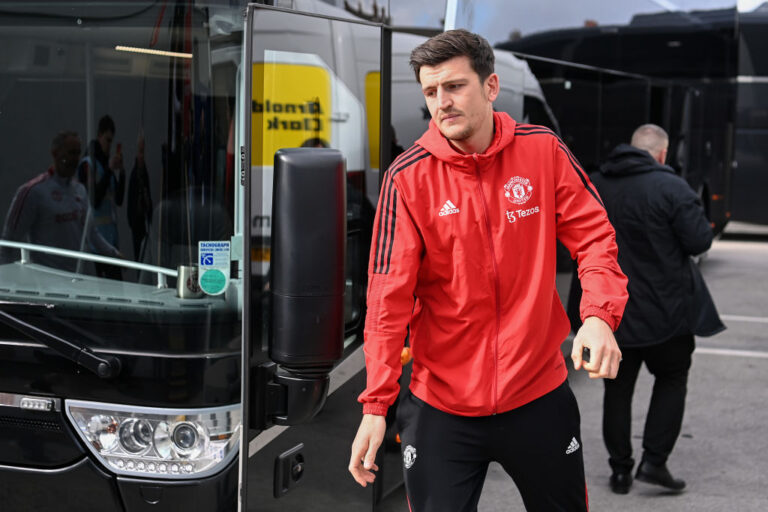 Harry Maguire has become accustomed to getting criticised this season, but this dig from Alphonso Davies may get beneath the skin.

United fans have consistently questioned whether their centre-back deserves to captain the club. And they’re not the only ones with more than a lingering doubt. During a live stream, Davies made his view on the situation abundantly clear.

The Bayern Munich man is fast becoming one of the greatest players on the planet. The full-back has excited fans at the Allianz Arena with his lightning pace, ability to pick the perfect cross and impressive creativity. But his talents extend far beyond what he’s capable of doing on a football pitch.

The 21-year-old has amassed a large following streaming on his Twitch channel. The charismatic Canadian entertains fans by giving his unfiltered opinion on the hottest topics in the sport. Davies has earned a reputation for his brutal honesty, and in a recent video, Maguire became the target of one of his honest critiques.

The defender recently entertained his subscribers by opening packs on FIFA 22. He bagged a plethora of players, including Everton goalkeeper Jordan Pickford, but the one that caught his eye the most was Maguire.

However, he wasn’t exactly jumping for joy. Upon realising he’d secured the towering defender, he descended into a damning verbal onslaught on why it’s ridiculous that the Englishman is the captain over Cristiano Ronaldo.

He said: “Can you guys imagine? Take this in. You’re Ronaldo, right? One of the greatest players ever, in the 21st century. And ‘whatshisname’ is your captain? Harry Maguire is your captain? And you refer to him as ‘yes, cap.’

“I don’t know what he says to him. Bro, I’m not dissing Maguire but Ronaldo… Ronaldo should get the armband, man.”

The savage comments add to the scrutiny Maguire has faced in this campaign.

The 6 ft 4 powerhouse, who is perhaps suffering from a prolonged hangover from the disappointment of losing the Euro 2020 final, has failed to produce anything close to his brilliant best this season. His defending has looked sloppy, he’s lacked recovery pace, and his confidence looks to have diminished entirely.

However, it’s clear that he still has talent, so it’s peculiar that his own fans have turned against him. During an England game, when his name was read out on the tannoy, many supporters began booing. This act angered England manager Gareth Southgate, who leapt to his defender’s defence.

As per The Guardian, he said: “I thought the reception was a joke. An absolute joke. I don’t get it. What he has done for us is phenomenal.

“We’re either all in this together, or we’re not. We have been here before. Maguire is simply the latest in a long line of completely inoffensive England players to have been inexplicably booed by their own in recent years.”

With this recent incident considered, Davies’ comments haven’t come at a great time. Maguire desperately needs to return to form and prove that United made the right decision to spend £80 million to secure his signature.