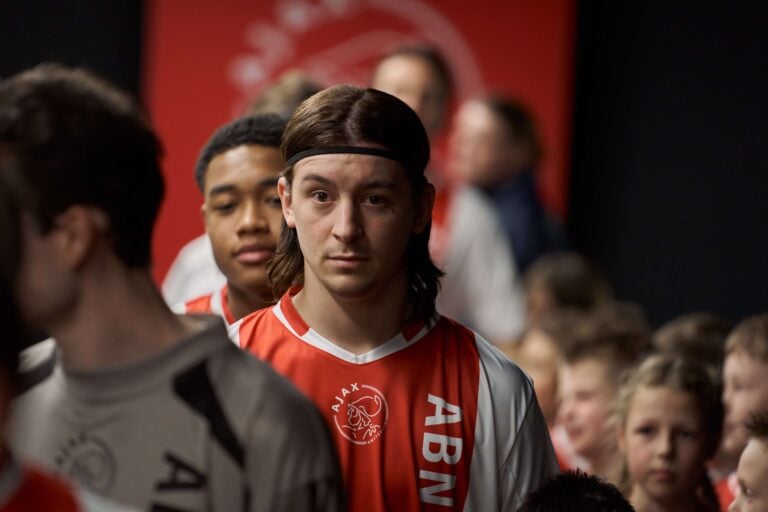 One of the greatest footballers of all time is the subject of a new biopic. Zlatan Ibrahimovic will become immortalised on the silver screen when ‘I Am Zlatan’ hits UK cinemas in June, and SPORF have a world-exclusive clip for our readers.

The film is an adaptation of the 2013 autobiography of the same name. It portrays the Swedish legend’s rise to fame, emerging from the urban jungle of Rosengard, a rough district in Malmo, to become a marquee attraction in the world’s biggest cities. Although Ibrahimovic’s talent was evident from an early age, he had no shortage of obstacles to success, with his cantankerous nature ranking high among them.

We all know that he overcame these challenges, but this makes the journey no less compelling. Now 40, Ibrahimovic continues to play at the highest level. He’s a key player for AC Milan and could help the Rossoneri win a first league title in 11 years; notably, a younger Ibra inspired the red half of Milan to that previous triumph.

Exclusive ‘I Am Zlatan’ clip: Ajax

The clip below, sent over to SPORF by our friends at Signature Entertainment, shows a scene in which Ibrahimovic is battling adversity at Ajax. He stands in the tunnel waiting for the game to begin, lining up in single file with his teammates. Wesley Sneijder is among the names we see kitted out in Ajax gear.

Ajax broke the Swedish transfer record to bring him to Amsterdam, splashing out £7 million for the 19-year-old. He initially struggled to break into the team due to a disagreement with management but eventually proved his worth.

You can watch the clip below.

Granit Rushiti plays Zlatan Ibrahimovic while Jens Sjögren directs. Unsurprisingly, the film has received a phenomenal response in Sweden. It had the largest opening of any Swedish movie in more than two years. In doing so, it surpassed blockbusters like The Batman and Uncharted to top the country’s box-office charts.

The book ‘I Am Zlatan’ by David Lagercrantz with Ibrahimović was adapted for the screen by Jakob Beckman. Upon its 2013 release, it received rave reviews; The Guardian writer Richard Williams called it possibly the “most compelling autobiography ever to appear under a footballer’s name.”

Signature Entertainment presents I Am Zlatan in cinemas and on Digital Platforms on the 17th of June and DVD on the 27th of June.