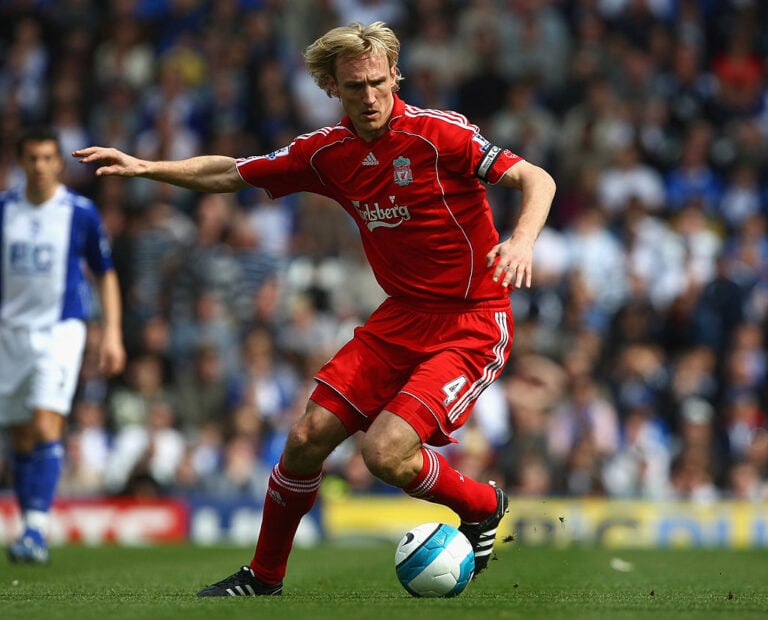 Sami Hyypia is one of the most popular players in Liverpool history. After a heartwarming act, it’s clear he loves the fans as much as they love him.

Football is undeniably the most beautiful game in the world. The sport connects with fans around the globe because of its innate ability to give them unforgettable moments. Whether it’s a late goal, underdogs avoiding relegation or picking up a significant piece of silverware, football always delivers.

The players who give the supporters these wonderful memories live in their hearts forever. We adore the men who give their all to clubs to the extent that we have their names written on the back of replica shirts.

We proudly parade around, showing our unrelenting support to the heroic men who’ve given their all to entertain us.

One player who personified this is none other than Sami Hyypia. The centre-back defined an era as the rock of Liverpool’s defence. He gave it his all every time he set foot on the pitch. The Finnish powerhouse utilised his immense physical attributes to bully attackers off the ball and ultimately helped them secure a historic night in Istanbul, in which they won a fifth Champions League.

Hyypia made a whopping 318 appearances for ‘The Reds’ before leaving for Bayer Leverkusen in 2009. But over a decade later, they still adore him as much as they did on the day he left.

Read: Looking at The Liverpool Legends Vs Barcelona Legends squads is pure nostalgia.

In 1913, French writer, Marcel Proust, released a novel entitled ‘In Search of Lost Time’. He aimed to enlighten readers on life’s most important lessons through his work. One of his most famous adages is, “never meet the people you admire (or look up to); you’ll be disappointed,” in other words, ‘don’t meet your heroes.’

Sadly, his words often ring true. We’re likely to have someone we worship let us down at some point in our lives. But that’s not always the case—as Sami Hyypia has proved.

A ski resort in Finland played host to a magical moment between player and fan. The Anfield icon entered a restaurant and noticed a supporter wearing a shirt with his name on the back. This prompted an emotional response from Hyypia, who decided to give the Liverpool enthusiast a moment he’d never forget. He walked to the counter and asked if he could deliver the man’s next order. The surreal moment left the fan starstruck, and the rest of the customers captivated as they showcased their approval of his action in the form of thunderous applause.

Not every celebrity is who we want them to be, but Hyypia has gone above and beyond to prove he’s an even better man than we initially thought.