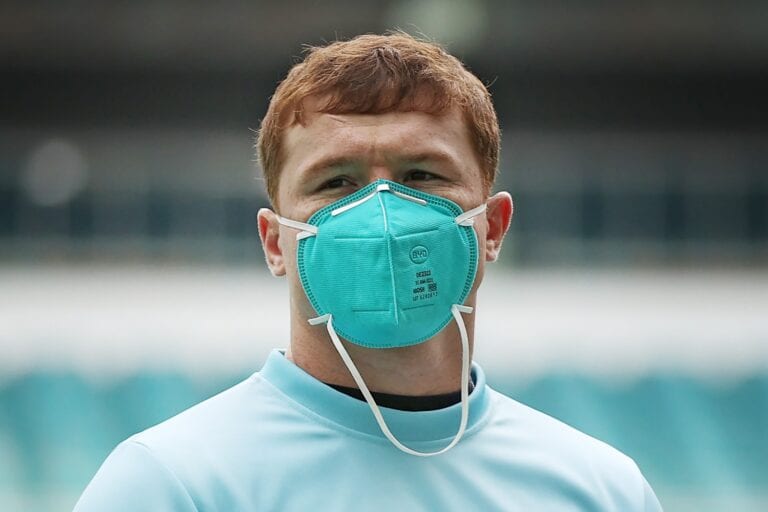 Canelo Alvarez kicked two ring-crashers out of the squared circle after his win over Avni Yıldırım on Saturday.

Alvarez dispatched his Turkish opponent after a vicious three-round beatdown ended with Yıldırım’s corner throwing in the towel. After the bout however, headlines continued to be made.

Don’t mess with the best

Paul and Askren are set to meet in a professional boxing match next month. Still, if you’re going to promote your fight, annoying one of the greatest boxers in the world probably isn’t the best way to go about doing it.

As you can tell by the footage, Alvarez wasn’t pleased when he saw what they were trying to do.

Alvarez swiftly told them to get out of the ring and seemed to mutter something explicit as they trudged out.

Canelo currently holds a 55-1-2 record with his next contest being set for May 8. On that night, he’ll square off with one of Britain’s finest in Billy Joe Sanders.

The future of boxing?

We’ve all probably formed our own opinions on this whole trend of YouTubers trying their hands at boxing, a topic that’s come in for much criticism.

On the flip side there’s an argument to be made for the eyes this is bringing to the sport. Some believe casuals will find the Jake Paul fight entertaining whereas others would rather claw their own eyes out.

Paul and Askren know what their Triller fight will be for many – a sideshow. That being said, both men are likely to take home a payday most of us can only dream of, so who’s really winning?