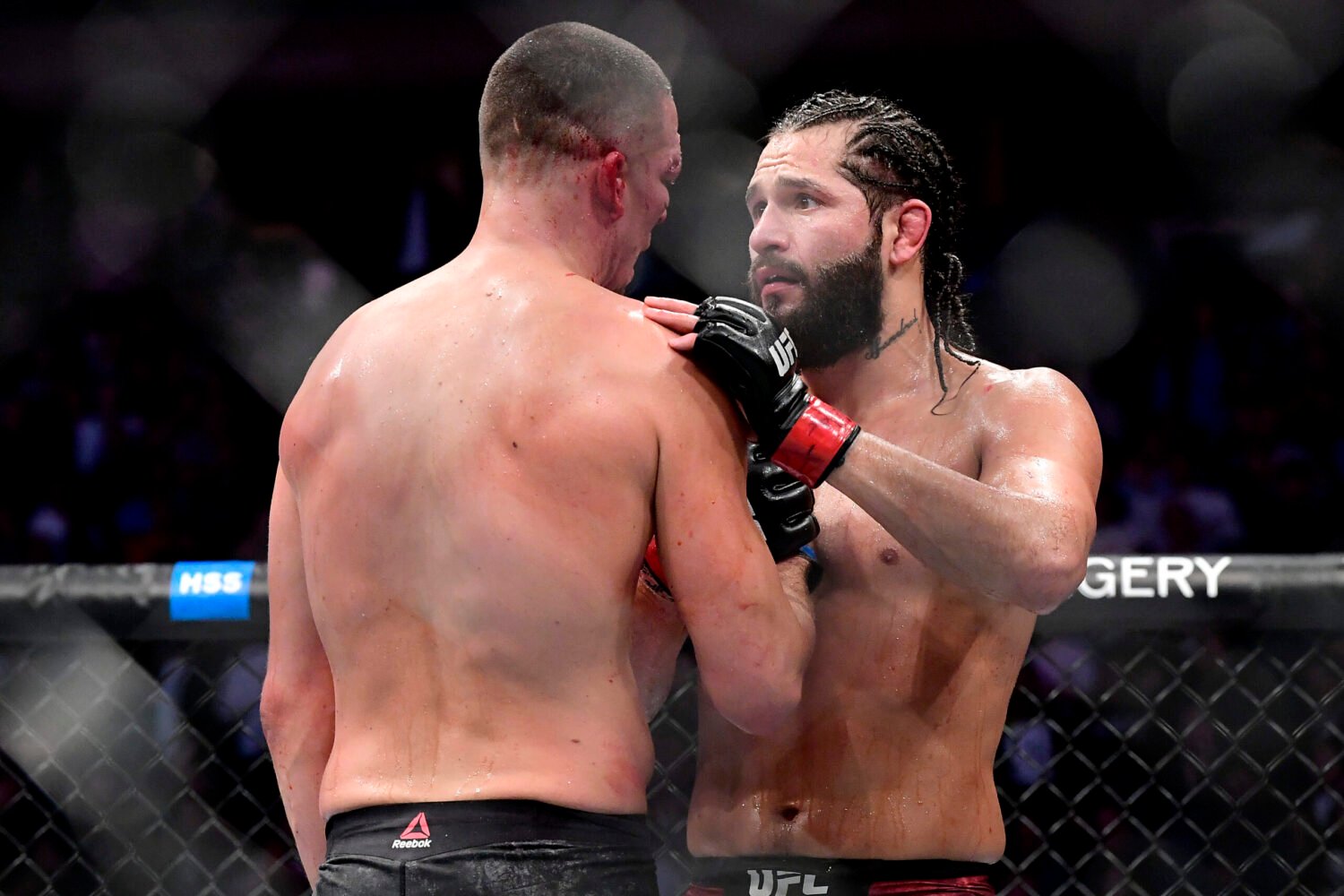 Nate Diaz has criticised Jorge Masvidal after ‘Gamebred’ announced his decision to return to the UFC Octagon in August or September.

Masvidal has not fought in the UFC since suffering defeat to Kamaru Usman in a welterweight championship fight back in July 2020.

But, after nine months of inactivity, the American has now announced that he plans to return to the sport later this year.

A title rematch against Usman appears to be top of his immediate priorities.

Speaking to Boxing Social, he explained: “Right now I’m focused on me fighting for the belt which is going to be in August or September, actually September we just got word on this.”

Diaz was quick to respond on social media, replying to ESPN MMA’s Instagram post with the words: B****a**** sellout.”

MASVIDAL CONFIRMS UFC RETURN@ufc star @GamebredFighter says he will fight @USMAN84kg in September – but says he would be interested in a future switch to boxing for "big money". ?

The 35-year-old’s last fight in the sport was a defeat at the hands of Masvidal himself at UFC 244 in November 2019.

Masvidal was awarded victory via doctor stoppage between rounds three and four, when a physician declared Diaz unable to continue the fight.

A rematch between the pair was expected to occur, but as of yet nothing has been arranged.

And in February, Diaz said that he wanted his next fight to be against either Dustin Poirier or Charles Oliveira.

He explained to ESPN: “Now is the time for sure [Poirier fight]. We should have fought a long time ago and now the stars are aligned.

“He just won the fight [with Conor McGregor] and that’s the fight.

“I’m ready for a fight, and people are ready for the big fight. Now is the time.”

Previously, Diaz took part in two fights against McGregor. Although the American won the first clash via submission in 2016, McGregor exacted revenge later on in the year when he emerged victorious via majority decision.