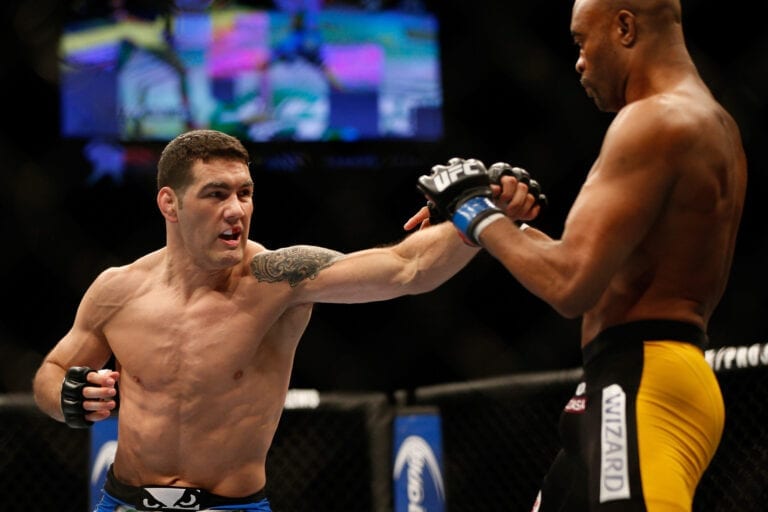 Silva, 46, infamously had a nasty injury of his own against Weidman back at UFC 168 in their highly anticipated rematch. Now, years later, Weidman suffered an incredibly similar break in one of the most bizarre coincidences in combat sports history.

The former middleweight champion threw a leg kick at Uriah Hall last Saturday night in what was quite literally his first strike thrown of the fight. After a loud snapping sound was heard, it became immediately obvious what had happened.

Anderson sent his best wishes to Weidman over Instagram but during a recent interview with Ag Fight, he went into more detail about how it made him feel.

A post shared by Anderson "The Spider" Silva (@spiderandersonsilva)

“To tell you the truth, I don’t watch MMA fights anymore,” Silva said. “I only heard about it because my sons were watching with some friends. They were like ‘Dad, did you see what happened?’. Then a bunch of people started calling me. I was watching something else. When they sent me a video, I was like ‘Damn, man.’ It’s a movie played in my head. It was really, really bad. I felt really sad, really upset. There are no words. I was just sad. I was down.”

“It felt like it happened to me again,” he added. “Really bad. Only a person who has gone through that knows what it is like, and they wouldn’t wish it on anybody. I was really upset.”

Silva was out of action for 13 months with his version of the injury before returning to face Nick Diaz.

“The coming days, months, will be hard. He’ll need to be patient, he’ll have to be very calm. He needs to have his family with him, because it won’t be easy. A thousand things go through your mind. Of course everyone has their personality, but I believe he’ll overcome this. His mind is very strong. He has the mind of a champion. He knows how to handle adversities and I’m sure he’ll get through this. Soon enough well see him fighting again.”