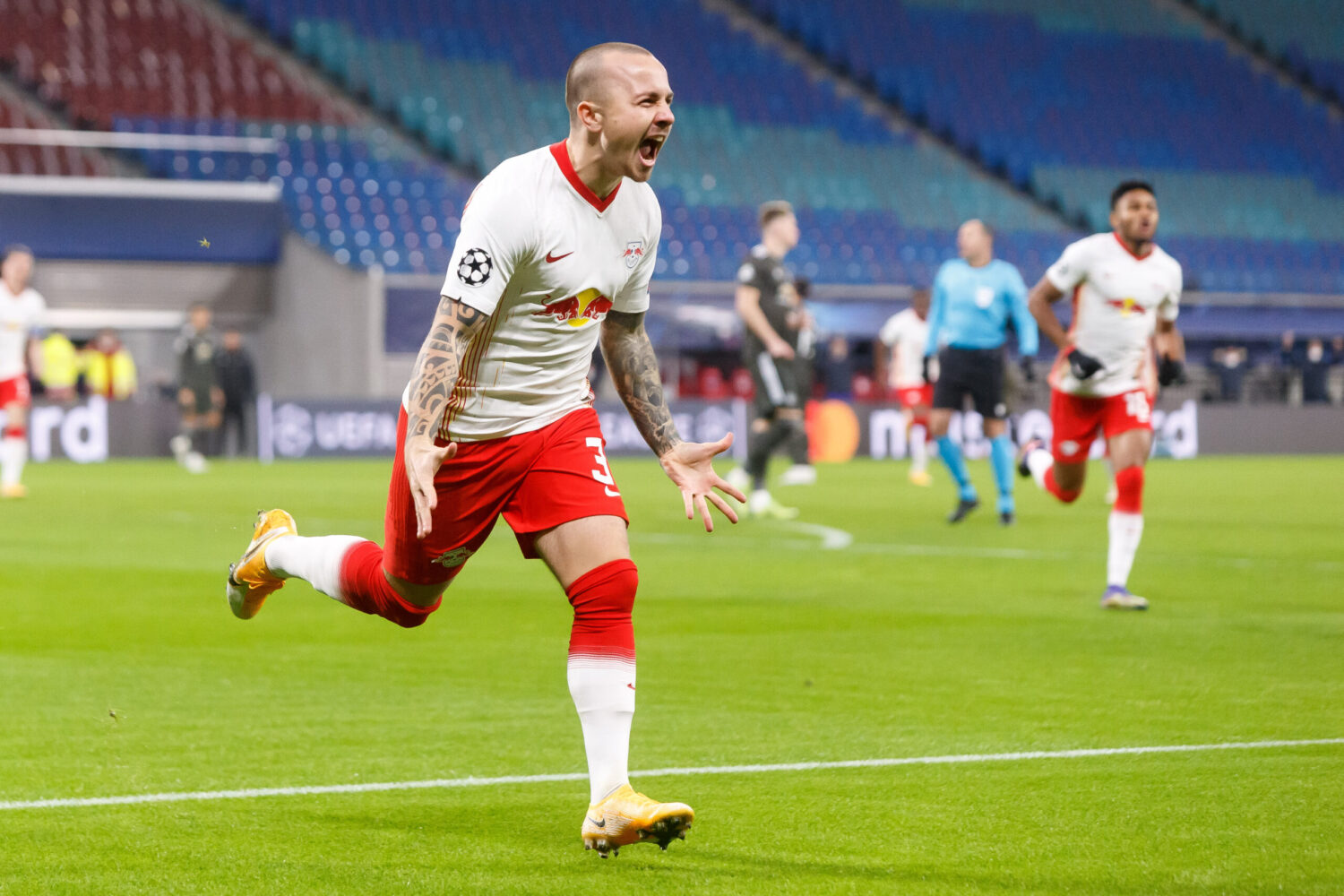 Angeliño played a decisive role in RB Leipzig’s victory over Manchester United in the Champions League, opening up the scoring with a sweetly hit drive in the opening two minutes.

The 23-year-old also registered an assist on the evening, which saw the German side survive a late scare to dump United out of the competition.

Despite his impressive performance, The Sun published a link to an article along with a caption that described the wingback as a ‘City reject’ – the club he is of course on loan from.

Angeliño hit back though, insisting it was his choice to leave the club on loan and urging the publication to “have some respect.”

What reject mate,I decided to go. Have some respect with the headline.

Angelino, a left-back on loan from Man City, bags his seventh goal of the season! pic.twitter.com/LFFyfk4x3E

Leipzig reportedly have an option-to-buy clause when the Spaniard’s loan spell comes to an end, and with him currently being the club’s leading scorer it seems increasingly likely that Nagelsmann will want to exercise that.