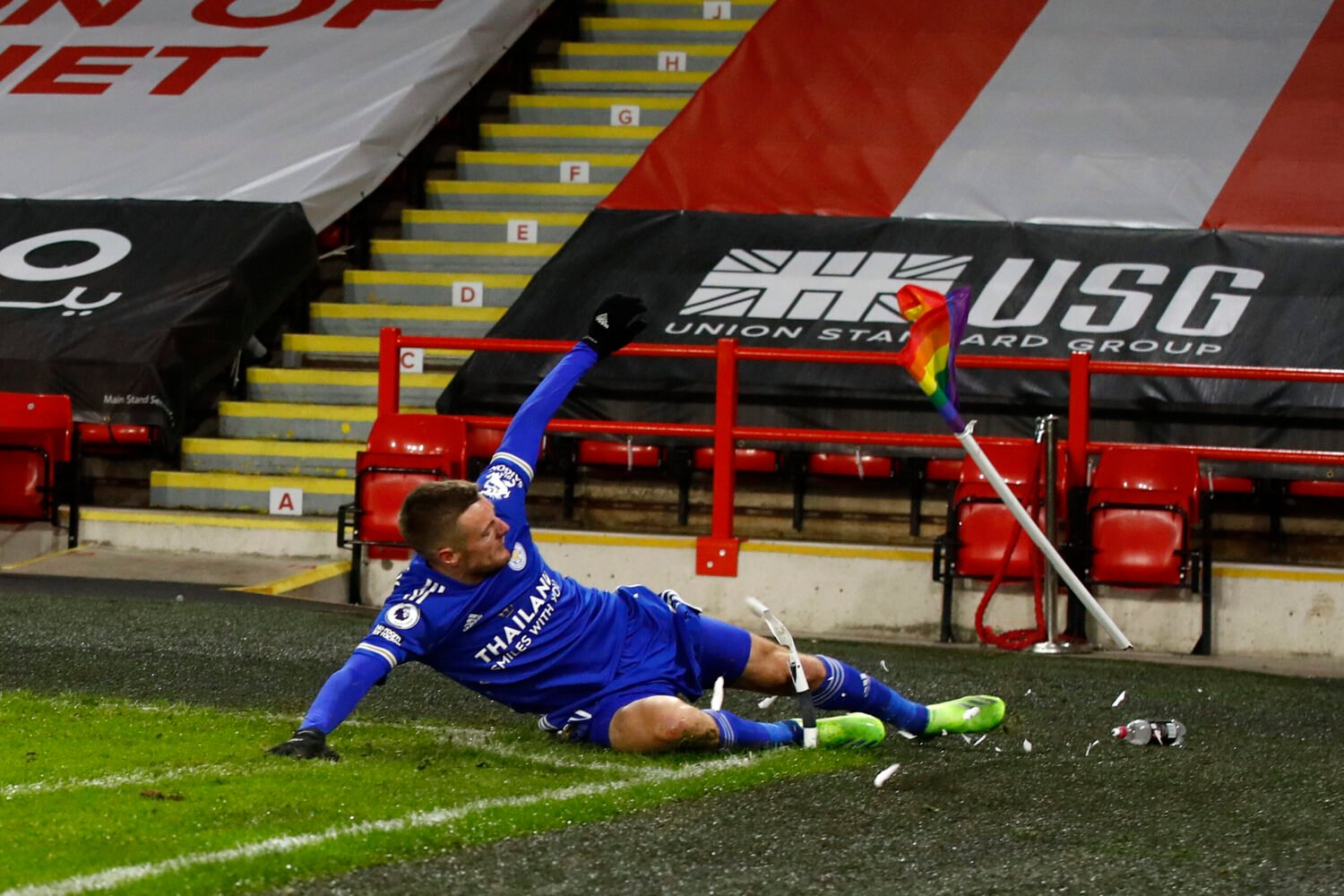 Jamie Vardy has shared a goodwill message with a Leicester LGBT+ fan group, written on the rainbow corner flag he broke while celebrating his last minute winner over Sheffield at the weekend.

After Scoring, Vardy ran to the corner of the pitch before sliding into the flag which was carrying the pride colours to mark the Rainbow laces campaign, sending splinters of it flying.

Despite attempting to fix the pole, the striker was booked for his overzealous celebrations.

Unfortunately Vardy’s actions were confused by small portions of viewers as a reaction to the campaign, which was quite obviously a load of rubbish.

Now the Foxes Pride fan group have shared an image of the flag with a message from the Leicester forward, which reads: “FOXES PRIDE – keep up the good work!”

How it started. How it’s going. pic.twitter.com/D7GImCD4om

The group did follow up addressing the negative comments made following the incident. “All at Foxes Pride have been saddened by LGBT-phobic comments online over the last few days after Vardy’s corner flag goal celebration”

“We are proud and grateful for the support that Vardy and Leicester City FC continue to show for Rainbow Laces, LGBT fans and Foxes Pride.”