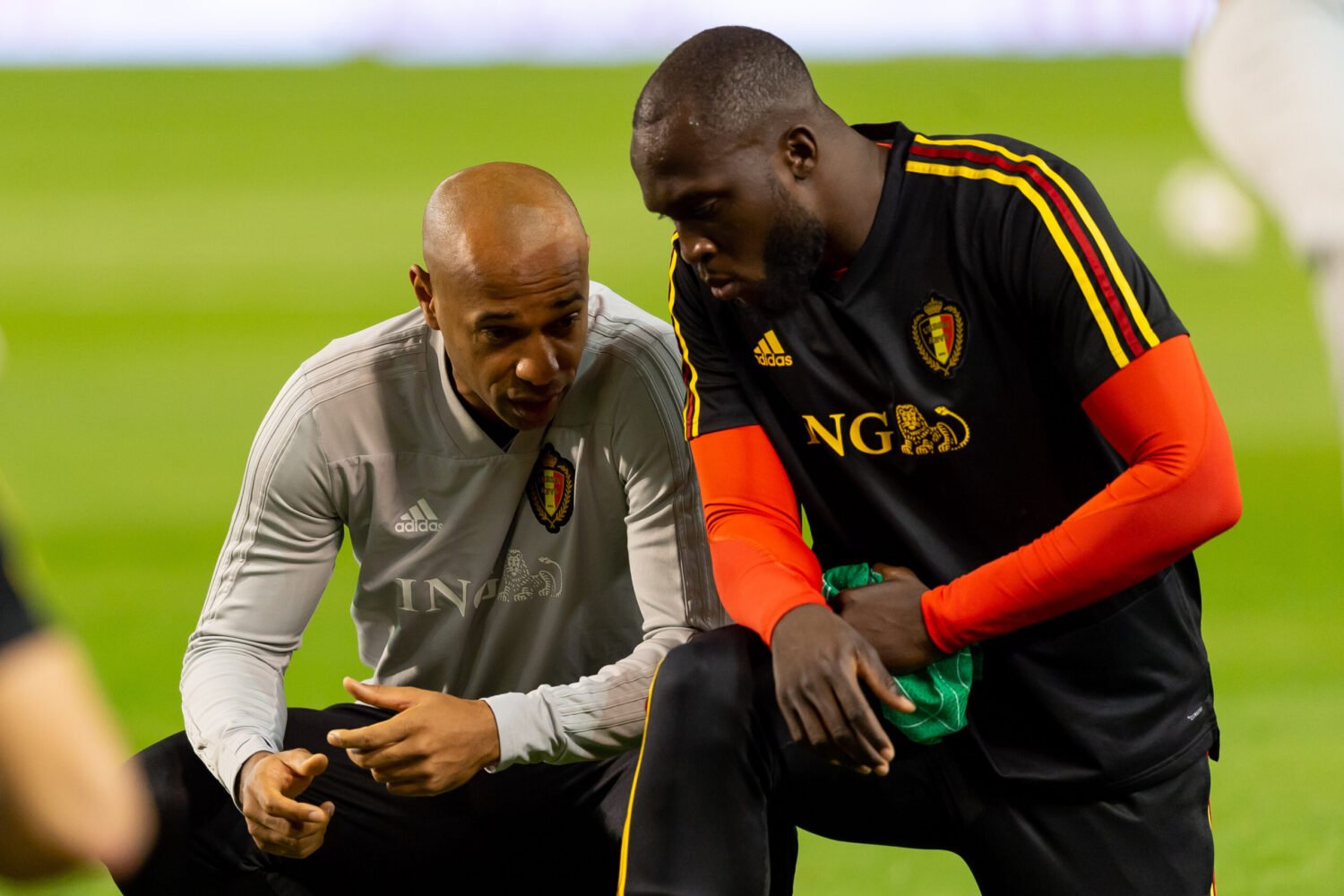 When you’re trying to improve yourself, you want to learn from the very best, and in terms of strikers, they don’t come much better than Thierry Henry.

Romelu Lukaku got the chance to work with the Arsenal legend during his time as assistant coach with the Belgium national side, a partnership the Inter Milan man says helped him become a better player.

“Each time I work on something, I learn quickly,” he told France Football. “When I worked with Thierry Henry with the national team, for example, we would often to sessions on losing my marker and taking the initiative. He was very strong at that and wanted me to learn to create my own chances.

“Before then, I’d score because I was given the ball. For example, crosses, passes in behind the defence.”

“Thierry told me: ‘The difference between you and the very best is the capacity to create your own goals. If you have to dribble three players to open up the goal, do it!’

“That’s served me well since. Watching my matches again, I told myself: ‘Ay yeah, he’s right.’

“That’s a specific example but there’s something with every coach.”

Now in the midst of arguably the best run of his career, Lukaku has scored 12 goals in 13 matches this season, following up a 34 goal campaign last time out, so the advice clearly paid off.

That form puts him in the top five strikers in the world right now, according to Lukaku.

“Over the past five months, I’m one of the best five goal scorers, yes! There may be players who have scored more goals but… No, no, top five is fine,” he said.

With the insane numbers he’s racking up, it’s hard to argue.