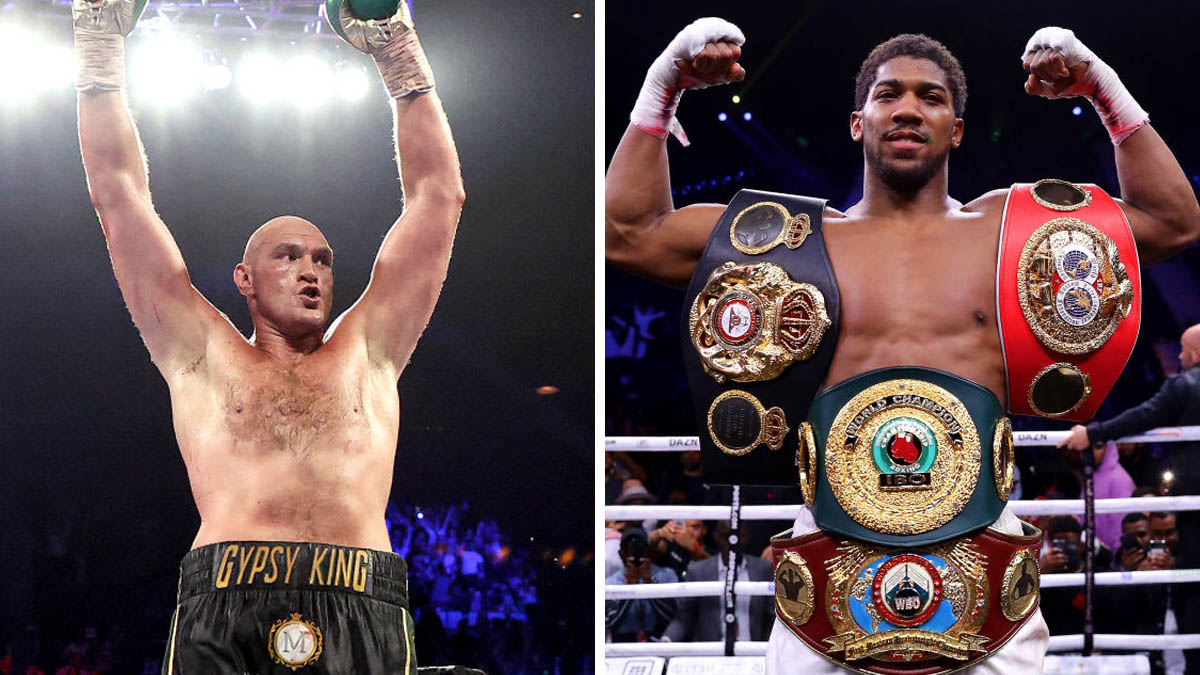 Let’s face it, the Anthony Josha and Tyson Fury showdown is the fight that we all want to see more than any other in the heavyweight division.

It seemed destined that we were going to finally see that matchup in the latter half of this year – though the coronavirus pandemic has meant complications in the boxing world.

With Joshua’s June 20 bout with Kubrat Pulev looking precarious, a delay to that fight would have a knock-on effect with what comes next. There’s also the small matter of Fury’s trilogy fight with Wilder, which looks set for July.

With plans being impossible to finalise, Eddie Hearn has been talking about the possibility of prioritising the fight which fans most want to see.

Hearn told Sky Sports: “Well I think, all of a sudden, does the Joshua-Fury fight start taking priority, maybe over a Pulev fight, if the Pulev fight extends beyond the summer. There’s so much that could happen right now.

“I mean anything is possible, but contractually Deontay Wilder is going to want his fight next, whether that’s in July or whether there’s a force majeure that takes that to October, November wherever.

“Right now, for us, we’re fighting Kubrat Pulev, June 20, and it could be July 25, but everything is uncertain at the moment, whilst the country and the world tries to contain this pandemic.”

Hearn’s Matchroom boxing have currently postponed events up until May, with Dillian Whyte scheduled to fight Alexander Povetkin on May 2 and Oleksandr Usyk meeting Derek Chisora on May 23.

For now, the promoter says those fights are still tentatively going ahead.

“May is going ahead, but we also understand that we have contingencies in place to move Dillian Whyte to the middle of June, to move Derek Chisora-Usyk back into the end of June, early July, and of course Anthony Joshua, who was due to go June 20, at Tottenham Hotspur football club,” he said.

Realistically, it’s unlikely anyone is going to fit in two fights this year – would you be happy if the Fury Joshua match took priority?