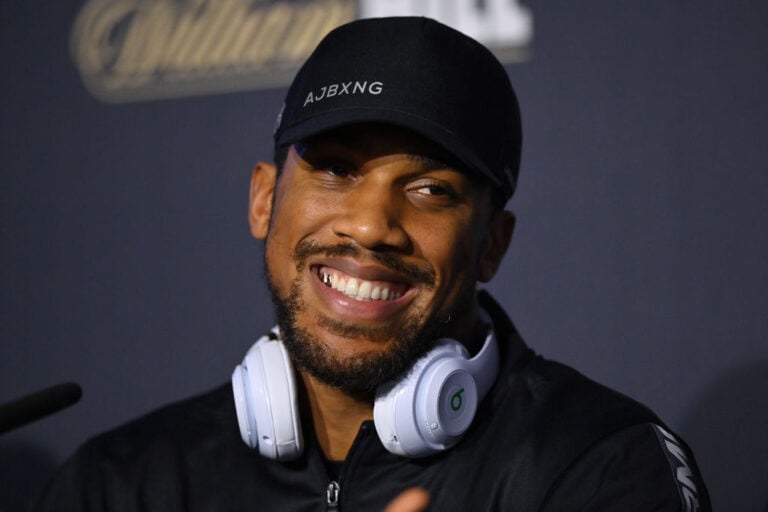 Will Smith landed a brutal slap on Chris Rock at the Oscars, with Anthony Joshua among the minority who approved of the act.

The event seen around the world has gone down as one of the most infamous moments in the award show’s history. After making a joke about Jada Pinkett-Smith’s alopecia, Rock felt the force of the actress’s husband.

The comedian compared the Men in Black star’s wife to ‘GI Jane’, which resulted in Pinkett-Smith rolling her eyes.

The comic then laughed as Smith, who initially appeared to find the comparison funny, walked up onto the stage and shockingly landed a brutal slap on his face. The actor sat back down and began launching expletives.

Smith shouted: “Get my wife’s name out of your f***ing mouth.”

The unbelievable turn of events made headlines around the globe. Some fans believe Smith overreacted, whereas others felt he rightfully stuck up for the mother of his children. But regardless of whatever stance people take, everybody has an opinion.

How have celebrities reacted to Will Smith slapping Chris Rock?

If there’s anyone who knows how to take advantage of viral events, it’s Jake Paul. The YouTube sensation offered the two pop-cultural icons a humongous figure to settle their differences in the ring.

Obviously, neither of them are short of a dollar note or two, but who knows? With the astronomical amount of money on the table, perhaps the two men will fancy taking the ex-Disney star up on his offer.

Read: Jake Paul makes an insane financial offer to Will Smith and Chris Rock for a boxing match.

However, Paul isn’t the only famous face to react. Wrestling sensation Chris Jericho took the opportunity to mock the AEW fanbase. He posted a still shot of the slap and labelled Smith as a representative of ‘#sportsentertainers’ and Rock as ‘#prowrestlers’. The wrestler knows exactly how to play the heel, and grabbing this moment to push ‘The Jericho Appreciation Society’ is a perfect example.

Read: Chris Jericho and Mick Foley among wrestlers to make memes about Will Smith slap.

But despite stars worldwide voicing their opinions, nobody had claimed to have taught Smith how to strike – until now.

Anthony Joshua trained Will Smith how to slap

The former unified heavyweight champion of the world has taken full credit for teaching the actor how to box. He took to Instagram to post a story, appropriately set to ‘Eye of the Tiger,’ where he is holding the pads for the Hollywood actor.

AJ captioned the image: “Proud of you, bro. Next time close your fist.”

It appears that the British boxer had a vital part to play in fine-tuning Smith’s punching technique. If Paul can convince the ‘I Am Legend’ star to take the boxing match with Rock, perhaps Joshua would be the perfect man to take him under his wing. That is, of course, under the condition that after getting in one little fight, Smith’s mum doesn’t get scared and send him off to move in with his auntie and uncle in Bel-Air.