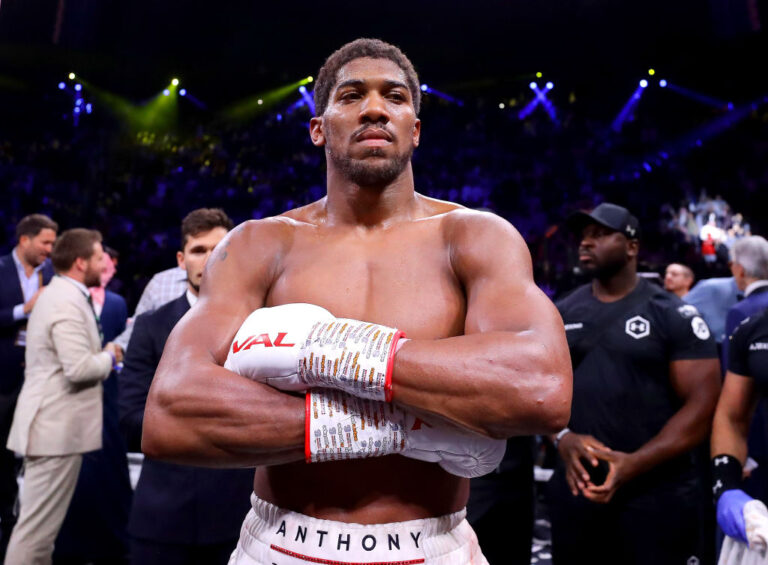 Anthony Joshua is one of the most successful British boxers of his generation – but what is his net worth?

Joshua will fight Oleksandr Usyk in Saudi Arabia on August 20, and will attempt to regain his heavyweight titles from the Ukrainian.

The 32-year-old dropped the belts in September 2021, with the Usyk rematch to be his first professional fight since that date.

Anthony Joshua began his boxing career as an amateur. He quickly rose up the ranks. Joshua won the gold medal in the men’s superheavyweight boxing (+91kg) category at the 2012 Summer Olympics in London.

Joshua defended the title numerous times, with his most high-profile defence coming against Dillian Whyte. The Watford-born boxer also picked up the vacant British and Commonwealth titles, before knocking out Charles Martin inside two rounds in April 2016 to win the IBF heavyweight crown.

The Joshua machine kept on rolling, and he defeated Wladimir Klitschko in arguably a career-best performance a year later at Wembley. In the process, he won the WBA (Super) and IBO titles.

Further defences would follow against Carlos Takam, Joseph Parker (where he also won the WBO title) and Alexander Povetkin. However, Joshua’s career then began to stall.

He shockingly dropped the titles to the unfancied Andy Ruiz Jr at Madison Square Gardens in 2019, but managed to win them back in Saudi Arabia six months later.

He then pulled off a comfortable defence against Kubrat Pulev in December 2020, winning via knockout.

But then came the Usyk fight. Joshua struggled to assert any real control over proceedings, and lost by unanimous decision. He will aim to put things right in Saudi Arabia in August.

What is the net worth of Anthony Joshua?

According to Celebrity Net Worth, the current net worth of Anthony Joshua stands at $80 million.

Naturally, a huge draw like Joshua has earned much of his net worth from boxing matches. According to reports, the 32-year-old earned £66 million from his second fight against Andy Ruiz Jr.

Meanwhile, his opening fight against Usyk at the Tottenham Hotspur Stadium earned him £10 million, according to reports.

And the Daily Mail claim that Joshua’s earnings will further skyrocket in 2022. They report that Usyk and Joshua will pocket £100 million in total for the rematch in Saudi Arabia.

What endorsements does Anthony Joshua have?

The 32-year-old is aligned with the likes of Under Armour, Beats, Jaguar Land Rover and Hugo Boss.

Meanwhile, Joshua is set to earn a further £100 million over five years thanks to his new deal with streaming giants DAZN. Sky Sports previously had the rights to televise Joshua bouts.

He also has a licensing deal with Electronic Arts. Although EA has not released boxing games in recent years, Joshua does make appearances in other popular EA titles, such as UFC 4 and FIFA 22.

What charity work has Anthony Joshua been involved in?

Throughout his career, Joshua has partnered with several charitable organisations. They include the Forever Hope Foundation and the Small Steps Project.

In addition, Joshua made a ‘substantial donation‘ to support amateur boxing after clubs were forced to shut down across England during the Covid-19 pandemic. He set up the Anthony Joshua Fund to help England Boxing member clubs.