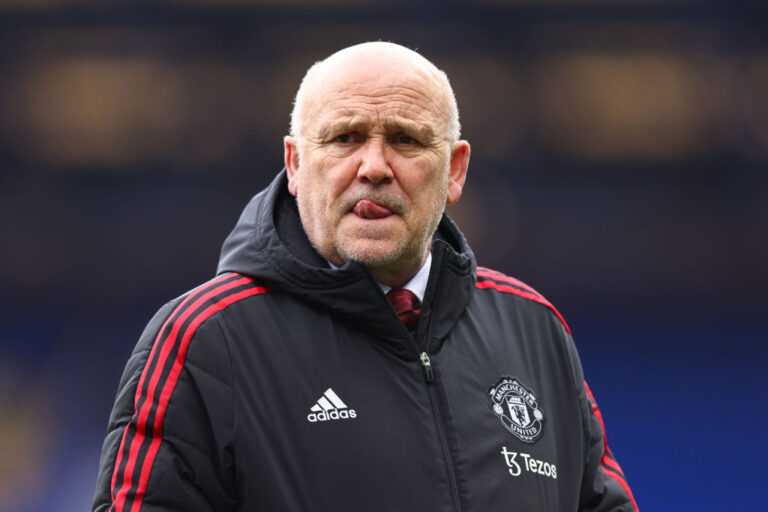 Manchester United could be in for more behind-the-scenes unrest after Mike Phelan liked a tweet which fans believe is a dig at a player.

Off-pitch troubles marred the Red Devils’ poor 2021/22 season. Numerous reports of ‘leaks’ and dressing room discontent called into question the players’ commitment to United and the ability of the coaching staff.

Legends of the club could not believe what they were seeing. For instance, former midfielder Paul Scholes said Man United had “a disaster of a dressing room” (via ESPN). Meanwhile, reports claimed players did not like Ralf Rangnick’s management style or coaches.

However, all that is set to change upon the arrival of Erik ten Hag. He has adjusted the coaching group at Manchester United with the aim of turning the club around. Unfortunately, that meant changing some familiar faces. For example, Mike Phelan lost his position as Man United assistant manager.

A part of Sir Alex Ferguson’s coaching staff as assistant manager between 2008 and 2013, Phelan helped the United sides that won three Premier Leagues, two League Cups, and a Club World Cup. Although his first stint brought success, his 2018 return to Old Trafford under Ole Gunnar Solskjaer and Rangnick proved underwhelming.

Interestingly, new boss Erik ten Hag still intends on keeping Phelan; The Express report that he will have a ‘bigger role’ – but it is currently unspecified.

It is unlikely to be on social media, though, as a tweet that Mike Phelan liked sparked discussion among supporters.

The tweet in question, which former United fitness coach Tony Strudwick wrote, is related to players’ training habits in the off-season.

“Really great to see so many professional football players posting videos of how hard they work during the off-season,” read the tweet. “Why not commit 100% the other 48 weeks of the year with club support staff? Then have a well-deserved break!”

One eagle-eyed user spotted that Mike Phelan had liked this tweet and shared the finding on Reddit. From this, supporters of the Old Trafford side speculated as to whether Phelan was aiming a dig at any player in particular.

Curiously, one player’s name was mentioned more than most.

Fans felt that the liked tweet may have been about England forward Marcus Rashford. United’s number 10 recently shared clips of himself hard at work in the gym on social media.

Rashford is sharing the footage of extra effort following a poor season. He managed five goals and two assists across 32 appearances in all competitions last year – his lowest return since his United debut.

Additionally, he found himself out of Gareth Southgate’s England squad for the Nations League fixtures. His hopes of going to this year’s World Cup are in doubt as a result.

So, after Rashford shared workouts on Instagram, and Mike Phelan liked a tweet about players not working hard away from the cameras, was Rashford the target of thinly veiled criticism? Some fans certainly think so.

“Seems a like a clear dig at Rashford after his social media videos and brief to the media,” wrote one Reddit user about Phelan’s activity. “I hope they aren’t at odds with each other behind the scenes because we don’t need any more drama honestly.”

Another Redditor was particularly convinced: “A shot at Rashford if I’ve ever seen one, and rightly so.”

Finally, one user made a tongue-in-cheek comment regarding the forward’s heavy use of PR on social media.

“Rashford is now briefing his PR team about how hard he works during the other 48 weeks,” they commented.