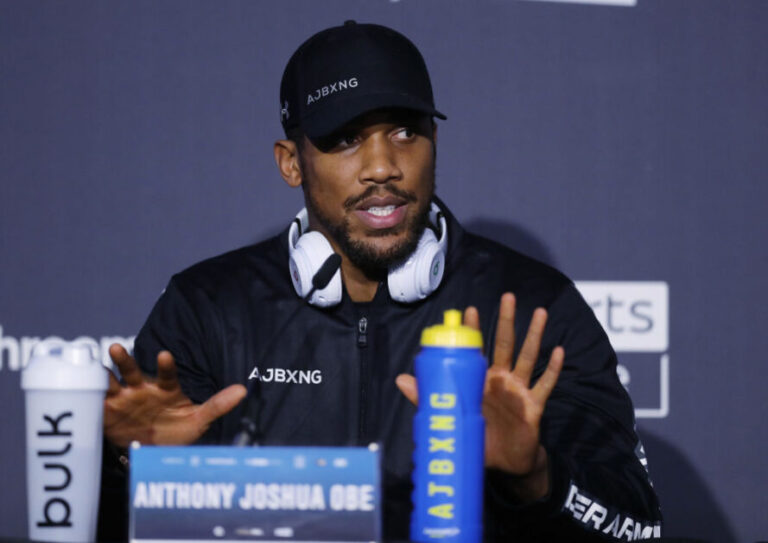 This week, Anthony Joshua calmly shut down a reporter hyping up his rematch with Oleksandr Usyk.

Joshua and Usyk previously fought on 25 September 2021 in the Tottenham Hotspur Stadium. The Brit came in holding four heavyweight titles but it was Usyk who left with them.

The Ukrainian fighter took his record to 19-0 with the win, having previously beaten Derek Chisora and Tony Bellew.

Despite promising boxing in some rounds, Joshua was outclassed by his opponent, losing the fight via unanimous decision.

Joshua had hoped to secure a unification bout against Tyson Fury in 2022. However, following the loss, it seems as though the opportunity for that encounter may have been missed.

While the next fight to be made is the rematch between the pair, there is one huge obstacle in the way of the fight being booked.

What is stopping Joshua vs Usyk II?

Oleksandr Usyk appeared like the next opponent for Anthony Joshua, with the rematch seeming like an inevitability.

However, the boxer is currently, heroically, helping out his native Ukraine in their war against Russia.

Ever since Russia began their invasion of neighbouring country Ukraine, Usyk, alongside the Klitschko brothers, have been back defending their country from Vladimir Putin’s troops.

As long as Russia’s invasion continues, Usyk has publicly stated he won’t be returning to the ring.

In an interview with CNN, Usyk had to answer why he chose to help his country fight, to which he replied: “What do you mean why? It is my duty to fight, to defend my home, my family.”

How Joshua sensitively shut down reporter after hyping up Usyk fight

A reporter asked The British boxer about his rematch with the Ukrainian at a boxing event on the weekend. When questioned about the future fight, Joshua calmly shut the reporter down.

He replied as follows: “No, you can’t talk Usyk right now with all due respect. Let him rest, let him handle what he’s handling right now. We can’t talk about the fight game right now.”

The reporter came back to ask if the fight was being pushed back, to which Joshua said: “I don’t know, I don’t want to mention that, he’s going through a lot right now. Big up Usyk!”

TalkSPORT previously reported that the rematch between the pair would likely occur in early summer. However, boxing is the furthest thing from Usyk’s mind.