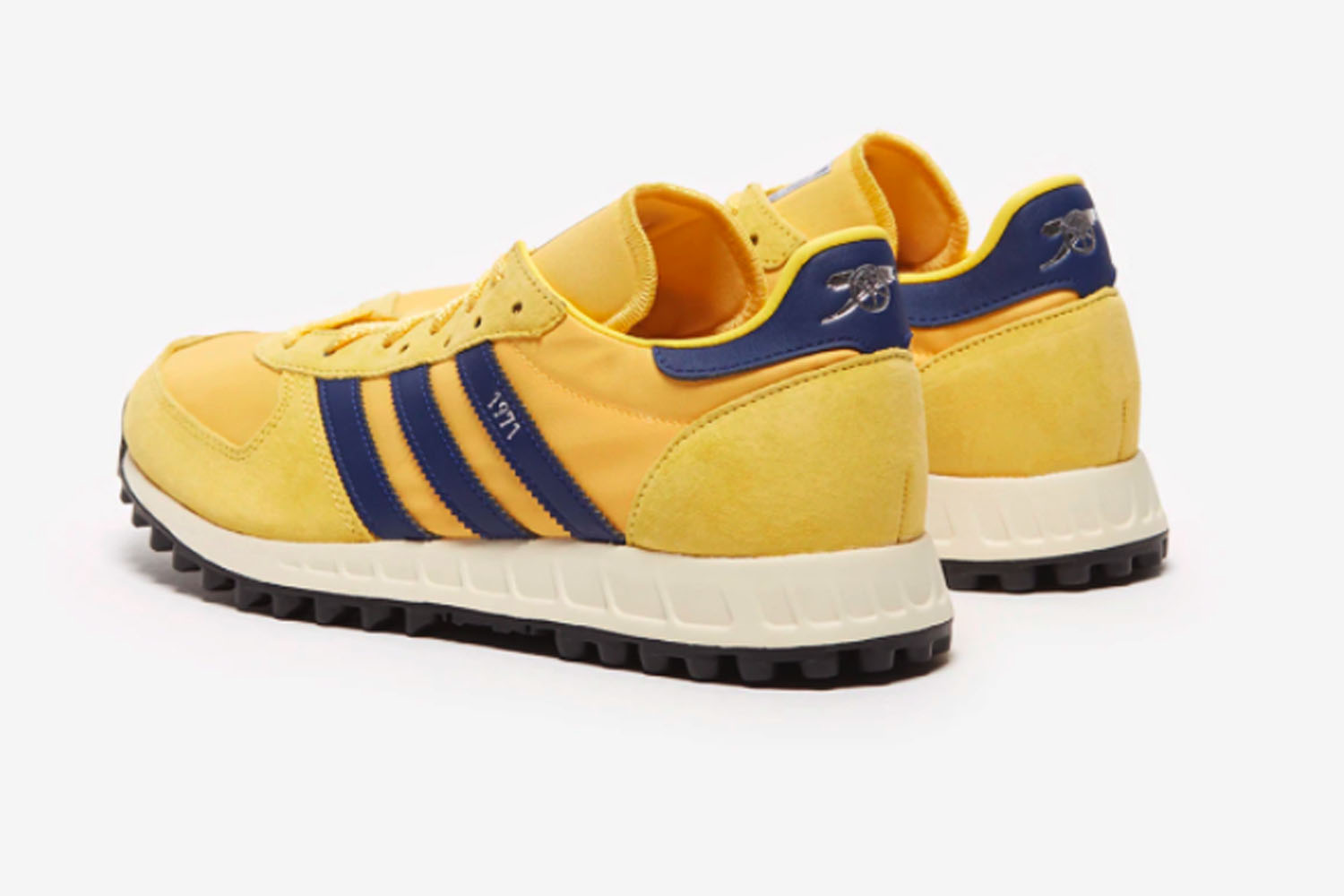 In their latest celebration of the past, Arsenal and adidas have joined forces to pay homage to the club’s 1971 league and cup-winning side.

This time, that comes in the form of a limited-edition TRX trainer that’s been served up in a vibrant colourway with loads of nods to that historic campaign.

Only 1,971 pairs of the shoe have been released globally, meaning they’re likely going to be a nightmare to get hold of at anything resembling face value.

Desgin-wise, the yellow (pantone officially) and blue colourway is a clear nod to the shirt Arsenal wore when they beat Liverpool 2-1 in the FA Cup final at Wembley.

The heel, much like the recently-revealed 21/22 away shirt, sees the iconic cannon crest stamped proudly.

The 1971 TRX shoe will be available to buy on Tuesday 8th June from Arsenal Direct, club stores, the adidas CONFIRMED app and selected retailers.