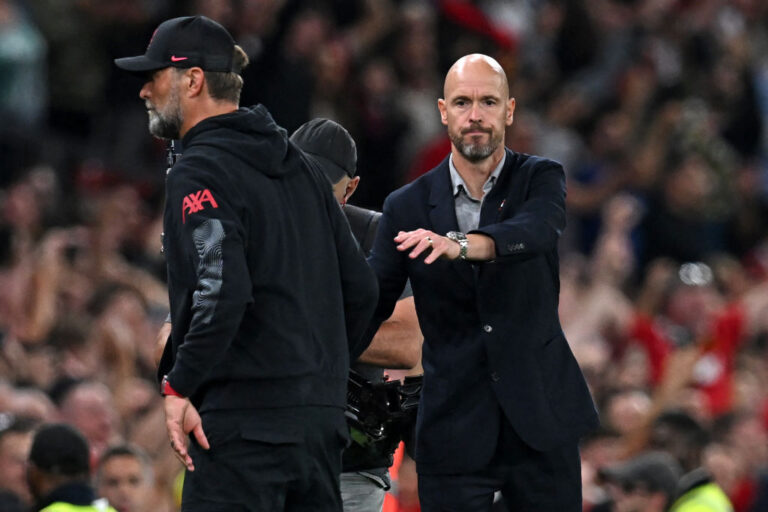 With the transfer window nearly at its end, Manchester United, Arsenal and Liverpool are all reportedly keen on securing one last massive move.

Throughout the summer, all three teams have worked tirelessly to bring in the players they believe can make a difference. ‘The Reds have secured the likes of Darwin Nunez and Fabio Carvalho, and Arsenal, meanwhile, have secured Gabriel Jesus, Oleksandr Zinchenko and Fabio Vieira.

United, on the other hand, have had an extremely stressful time in bringing in new talent. They spent the bulk of the window chasing after Frenkie de Jong. But they couldn’t drag the Dutchman away from Barcelona, despite the Spanish club doing its best to push the move through.

This left Red Devils fans extremely frustrated. However, in a massive deal, they managed to bag Real Madrid star Casemiro, who will no doubt fill the void in the side’s midfield. They have also signed Ajax winger Antony for €100 million.

However, Erik ten Hag still believes the squad could do with one last addition.

Man United, Arsenal and Liverpool all target the same transfer

According to The Sun (via TeamTalk), all three sides are after the signature of former Fulham youngster Matt O’Riley.

The 21-year-old playmaker has made a massive impact at Celtic Park since arriving from MK Dons in January for £1.5 million.

His work rate and ability to pick the perfect pass have seen him become a popular player at the club. He has made 21 league appearances, bagging four goals and six assists in the process. Three of those assists have come in five SPL appearances this term.

Both Arsenal and United are willing to depart with £20 million to bring the Danish under-21s star to their club. Consequently, Celtic would make a significant profit on their original investment.

However, Jurgen Klopp and Liverpool could soon enter the bidding war. In addition, Leicester, Newcastle and Borussia Dortmund are also reportedly interested – so expect this one to go right down to the transfer deadline.