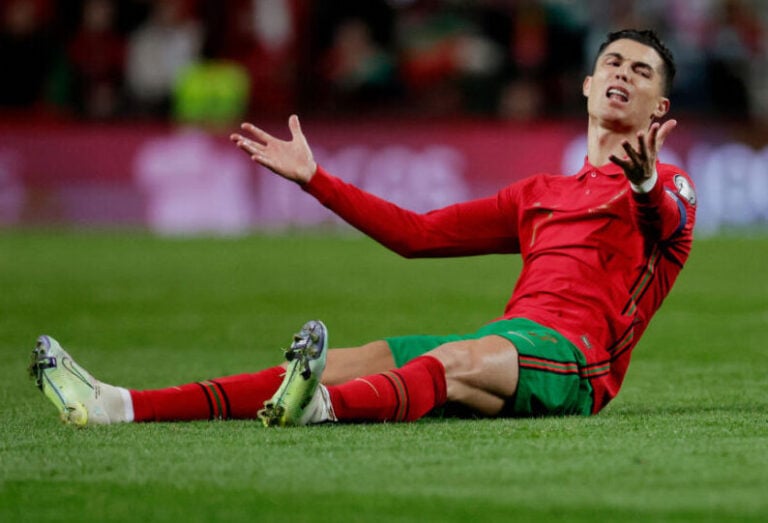 The top 10 players on FIFA 23 have emerged thanks to what appears to be an error by EA – with Cristiano Ronaldo and Lionel Messi both provisionally receiving lower ratings.

A month ahead of the official release, the gaming giant have accidentally revealed some Ultimate Team ratings. Earlier today, players who downloaded FIFA 23 on Xbox were able to get full access to the game immediately.

This is different to what should have been possible. Instead, Xbox gamers should have been able to download the game onto their consoles, but not access it until its worldwide release on 30 September.

Some fans have already purchased the game for an exceptionally low price. A few weeks ago, the gaming giant accidentally put the Ultimate Edition of FIFA 23 up for sale for just 5p on the Indian Epic Games store. They then allowed people who got the game for 99% off to keep it.

However, the super-early access granted today means people had a chance to “leak” the top-rated players on the new instalment. And these new FIFA 23 ratings will surely cause plenty of arguments in the coming weeks…

Ultimate Team Twitter page Arcade-Fut shared the top ten FIFA 23 ratings using the “player concept” function. Four of the top five leagues have a player in the top ten, with Serie A the one missing out.

The Premier League leads the way with four players. Meanwhile, La Liga has three, Ligue 1 two, and Bundesliga one.

But who is number one, you ask? As it stands, five players share the honour. Kylian Mbappe, Karim Benzema, Kevin de Bruyne, Lionel Messi, and Robert Lewandowski are all 91-rated. Similarly, the rest of the top ten also have the same rating as each other.

The changes compared to FIFA 22

Just three of the top ten stay the same rating as they were on FIFA 22. They are cover star Mbappe, De Bruyne, and Manuel Neuer. In contrast, four players enjoyed a deserved boost to their overall.

Firstly, Karim Benzema enjoyed a jump of +2, from 89 in FIFA 22 to 91 next year. His Real Madrid teammate, Courtois, also has an upgrade of +1. Additionally, Liverpool pair Mo Salah and Virgil van Dijk both increased from 89 to 90.

However, three of the world’s best players received lowered ratings on FIFA 23. Somewhat controversially, new Barcelona signing Lewandowski took a -1 hit. This is despite him scoring 50 goals in 46 appearances last season.

Sadly, Messi and Ronaldo both had downgrades, too. The PSG star has gone from a 93 to 91. Meanwhile, Ronaldo is now a 90, a -1 from his FIFA 22 rating. This is the first time in more than ten years that neither Messi nor Ronaldo are the sole top-ranked player in the game.

But before jumping to conclusions: these ratings may change ahead of the full release. This, especially, could happen following EA’s mistake in allowing full access early.

With further leaked ratings surely on the way, there will be many more discussions to be had about FIFA 23.