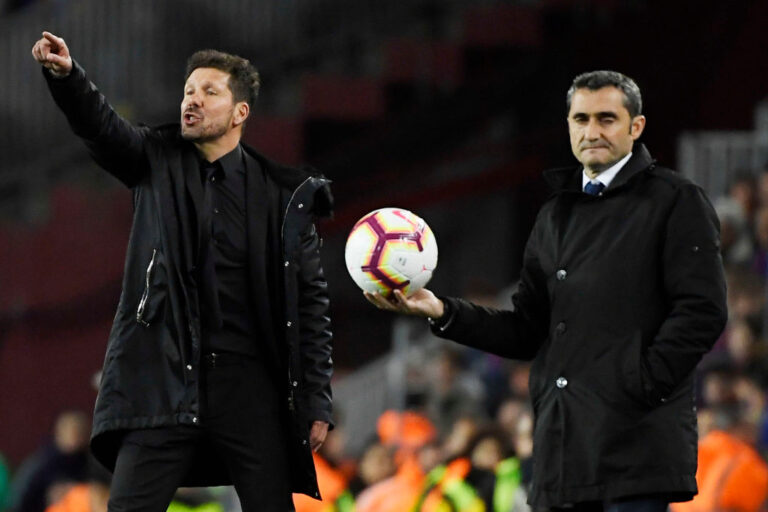 The manager faces of La Liga bosses in FIFA 23 have been ‘leaked’ – and it’s fair to say that some are better than others.

Whilst real-life managers have been in Career Mode for a number of years on FIFA, players do not get to play as the managers themselves.

Instead, they must choose from a series of ‘generic’ managers. They have different hairstyles, attire and more. There isn’t a way to customise the generic faces, though, meaning changes to how a manager looks are pretty limited. Therefore, EA‘s decision to include real manager faces in FIFA 23 has been welcomed by fans.

Earlier this week, the Premier League manager faces were leaked by TikTok user @capruciuremus. A number of faces bear excellent resemblance to the managers, such as David Moyes, Jurgen Klopp and Pep Guardiola.

Other faces, however, such as Erik ten Hag and Frank Lampard, looked nothing like their ‘real’ counterparts. In fact, without an on-screen image, and the Everton badge, it would be hard to tell whether the face was Lampard.

Some fans, however, expressed doubt over this, because the Everton boss has an in-game Icon card. He is also already face-scanned into the game.

The video starts with Diego Simeone, Xavi and Carlo Ancelotti, who all look very realistic. So far, so good.

But next up is Athletic Bilbao boss Ernesto Valverde, and Real Betis manager Manuel Pellegrini. The Valverde face has a passing resemblance to the real-life manager. But Pellegrini is very much in the Lampard section.

The faces do pick up from there. Unai Emery, Julen Lopetegui and Diego Martinez all have realistic faces. Valencia boss Gennaro Gattuso is slightly questionable, but there are not too many arguments.

You can watch the full video below:

Overall, this feature has been well-received by fans. Although some faces could be better, the majority look good so far.

There’s plenty of time left for changes, too. Given that EA haven’t yet announced the ‘official’ faces, they may look much different come release date. We’re just not sure how many players will choose Lampard or Pellegrini as their manager in-game.