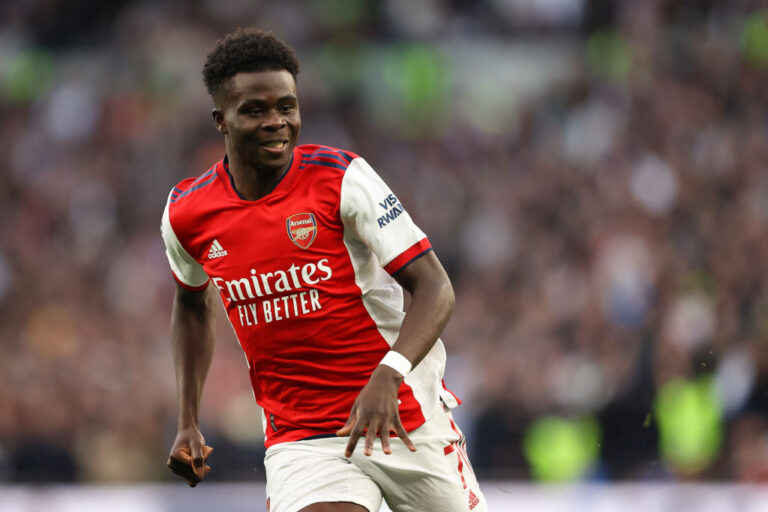 Every year thousands of Arsenal fans head to the stores to buy their new jersey, and we don’t think they’ll be disappointed with their home kit for 2022/23.

On May 19, ‘The Gunners’ took to social media to reveal the strip they’ll grace The Emirates in for the upcoming season. And the designers have struck gold with a snazzy shirt that the supporters can wear with pride.

Obviously, Adidas have gone for the classic red and white, but they’ve opted for some beautiful features which bring the kit to life. The polo-style collar adds an element of style to the shirt, while its red zig-zag trims give it some much-needed flair.

The sleeves are white aside from a red panel at the bottom, which matches up with the kit’s colour coordination as a whole. This theme continues to the white shorts with red stripes, and similarly to the collar, the socks feature a lightning zig-zag pattern.

However, some football enthusiasts have pointed out that they’re missing something that could well feature when the design becomes available for purchase.

Although the London club can still qualify for The Champions League, it looks unlikely. While Arsenal have a challenging game against an Everton side clinging for survival, all Tottenham Hotspur have to do to keep them out of the picture is not lose to bottom-of-the-table Norwich. Therefore, their chances of making it into Europe’s premier competition currently stand somewhere between slim and none. And consequently, football enthusiasts have taken to social media to make the same jibe.

One fan commented: “It would be even better with a Champions League badge.”

Another said: “I think it’s missing the Europa League badge.”

Furthermore, their social media manager has also had to deal with a plethora of witty memes.