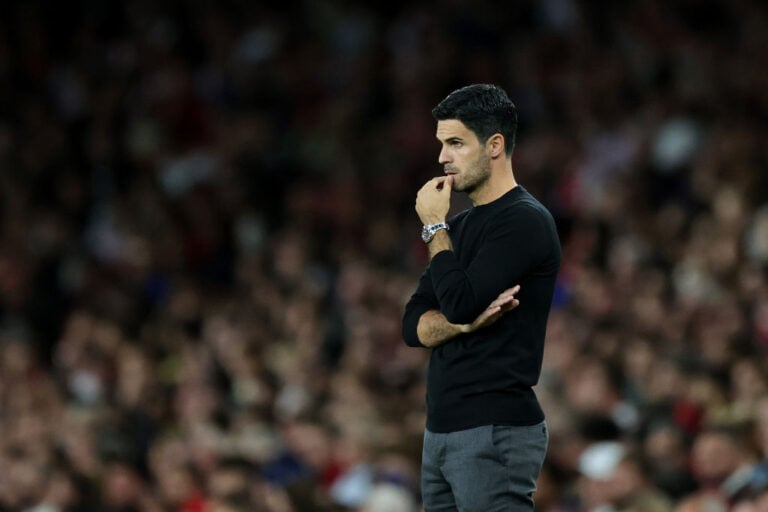 Arsenal are looking to bolster their squad on deadline day, with a pair of Brazilian midfielders currently on their radar.

The Gunners have enjoyed a fantastic start to the 2022/23 season. They are the only side with a 100 per cent record in the Premier League after taking five wins from five.

An opening day 2-0 win over Crystal Palace set the tone, before Arsenal impressively beat Leicester 4-2 a week later. Then, the Gunners cruised to a 3-0 victory at Bournemouth, and beat fellow Londoners Fulham 2-1.

Last night, they took their fifth win in a row via another 2-1 scoreline, this time against Aston Villa. Undoubtedly, the club’s moves in the transfer window have helped them make a good start.

Mikel Arteta’s side have splashed out this summer, filling some problem areas in the process. Their marquee signing is none other than Gabriel Jesus, whom they bought from Manchester City for £45 million. The Brazilian has proved good value so far, registering three goals and three assists.

Additionally, Arsenal picked up Oleksandr Zinchenko from Man City, too, and Fabio Vieira from Porto. They also signed some goalkeeping cover in Matt Turner, whilst sealing a deal for Brazilian youngster Marquinhos from Sao Paolo.

In contrast, Matteo Guendouzi made his stay in the south of France permanent this summer. Alexandre Lacazette also left the club, joining Lyon. Meanwhile, Nicolas Pepe and Nuno Tavares joined the list of departures as they left on loan.

Overall, the adjustments that Mikel Arteta has made to his squad have proved beneficial. However, he is still looking at two midfielders that could help Arsenal ahead of a busy schedule.

Earlier on Deadline Day, the Gunners bid £20 million for Aston Villa’s Douglas Luiz. He is in the final year of his contract and, per Fabrizio Romano, seems keen on a move. But Arsenal face competition for his signature from Liverpool, Chelsea, and Atletico Madrid, according to Sky Sports.

Rather humorously, Luiz actually scored for Villa against Arsenal last night. During the Villan’s 2-1 loss, the Brazilians somehow scored directly from a corner. It would certainly make for a memorable final goal if it is his last in a Villa shirt.

Aside from Douglas Luiz, Arsenal are looking to add Palmeiras’ Danilo to their midfield. Reports in Brazil (via Metro) claim that the Gunners have already made a bid in the region of £20 million for him.

This reported bid does come far short of Danilo’s release clause, though.  The midfielder apparently requires £86 million if you want to avoid negotiations with his club.

Given that a number of the Gunners’ midfielders are suffering from injury, Arsenal will hope that they can get at least one of these moves over the line today.