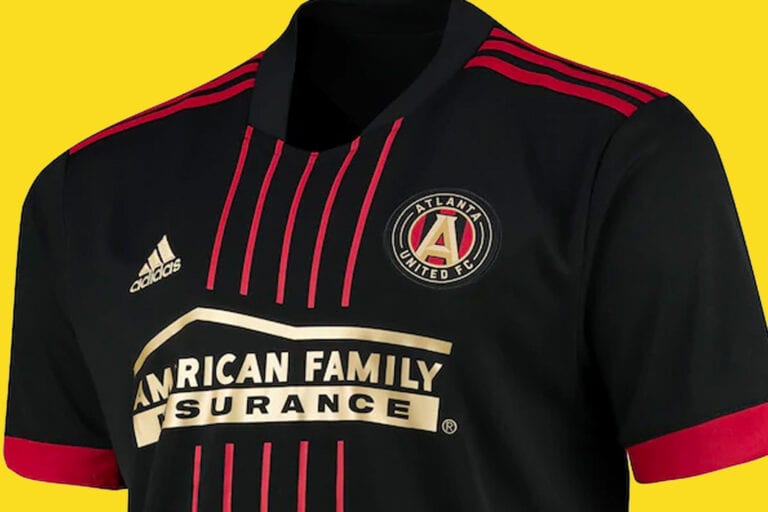 Atalanta United have officially revealed their spectaclar-looking new BLVCK kit ahead of the new season.

The 2021 MLS campaign is almost upon us and you can bet Atlanta want to play a bigger part in it this time round.

After being formally created in 2014, United went to the playoffs in their first season before winning the MLS Cup in their second back in 2018.

Last season wasn’t quite as prosperous, but they’re already scoring big when it comes to kit points.

This beauty was unveiled during a fascinating drive-in event at Mercedes-Benz Stadium. On the same day, it was confirmed that star striker Josef Martinez is back in training and should be good to go in time for the start of the season. Martinez will be returning after a year away due to a torn ACL injury.

You can grab yours here.

ATL’s own Jeezy had the following to say in his hype speech at the event.

“It represents coming out of the dark” he explained.

“Ultimately, the reality is that if this kit is a kit that wins two consecutive MLS Cups, it’s going to be everyone’s favorite kit,” Eales said.

“That’s what it’s all about at the end of the day. A shirt that the players can wear with pride and get out there on the pitch and put in a performance that the supporters can be proud of.”