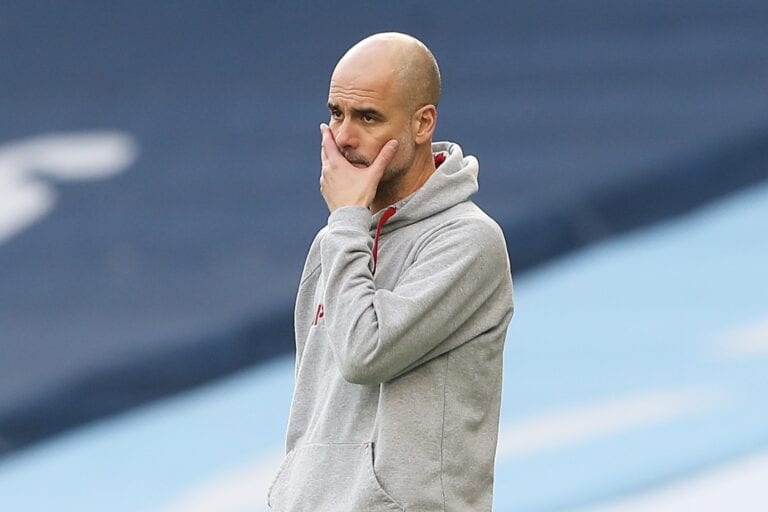 The 20-year-old was a product of the La Masia academy at Barcelona before joining City in 2018.

Garcia has reportedly made it clear to City that when his contract is up this summer, he won’t be signing a new deal. Instead, he’ll be venturing back to Spain in order to finish what he started at the Nou Camp.

The youngster hasn’t been included in a few of Pep’s recent match day squads, with many assuming it’s down to the manager planning for the future.

Now, the boss has spoken about the selection issues he faces and how he’s dealing with Garcia’s upcoming exit.

“Eric Garcia is like a son. He was a guy last season that after lockdown was our best central defender. He never made a mistake and played in the quarter-final of the Champions League.” Guardiola said.

“He’s going to play in Barcelona and that is not an average player – he is a top player. He was not selected in the last two games and it broke my heart.

“That is why it is difficult for all the managers when you have a squad. You cannot imagine what it means.”

Pep has frequently spoke about how highly he rates Garcia, and his latest comments follow that trend.

While his departure may have seemed like a huge blow last campaign, the signing of Ruben Dias, along with the resurgence of John Stones has transformed City’s backline as they storm to what seems like another inevitable Premier League title.