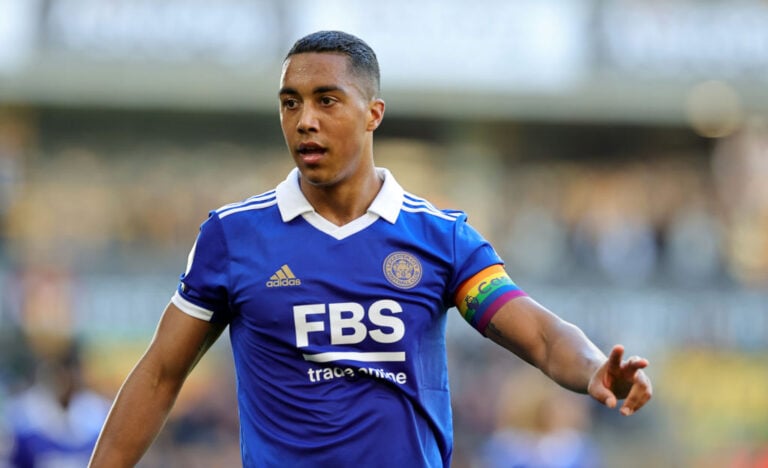 Transfer expert Ekrem Konur stated that the Catalan side were “keen” on a move for Tielemans in a post on Twitter. Now, Spanish media outlet SPORT have backed up his claims by confirming that Barca are indeed a fan of the midfielder.

According to SPORT, the La Liga leaders are looking at bolstering their midfield, with Tielemans a valid option. Sporting advisor Jordi Cruyff is reportedly an “advocate” for Youri Tielemans, with others at Barcelona also liking the Belgian.

An added incentive to moving for Tielemans is his contract situation. Currently, the midfielder’s Leicester deal will expire in June 2023. As a result, he may be available for a cut-price fee in January.

Alternatively, Barca may even try and arrange a pre-contract agreement with Tielemans. This way, they can get him on a free next summer.

However, the Catalan giants face competition for his signature. Speculation has long placed Arsenal at the front of the queue for Tielemans, with other clubs also apparently interested.

It is understandable that Leicester have had so much interest in their midfielder, though. At just £30 million (per The Express), Tielemans is a top-notch midfielder who is hitting his prime at a low fee.

But would he fit Barcelona’s system?

A glaring need in Barca’s squad at the moment is depth in midfield. Sergio Busquets is currently the only holding, “pivot” midfielder in the squad. And, at 34 plus on an expiring contract, he may not be at Barcelona much longer.

Therefore, manager Xavi could mould a player such as Youri Tielemans into a brilliant No.6 at Barcelona. Tielemans is a versatile midfielder, who is happy as a box-to-box or in a more holding role. In fact, per Transfermarkt, he has played the DM spot on nearly 100 occasions in his career.

Defensively, the Belgian is an impactful player in the middle of the park. For instance, Tielemans has averaged 2.3 tackles and nearly one interception per game in the Premier League this season. His average tackle rate is the 25th highest in 2022/23, too.

In comparison, Sergio Busquets is currently averaging 1.7 tackles and one interception per game in La Liga. However, it must be said that his Barcelona team spend much more time in possession of the ball than Leicester.

But even if Xavi does not want Youri Tielemans in a holding spot, he has the dynamism to play box-to-box. Firstly, Tieleman’s possession retention is excellent; he loses the ball just 0.4 times per game this season.

To add to this, he averages nearly 55 passes per game, with a completion percentage of 87%. When you consider that Leicester average 50% possession, these passing stats become even better.

Finally, the Belgian’s eye for goal is a huge plus, demonstrated by some excellent strikes in recent weeks.

So, Youri Tielemans could actually be a good fit for Xavi’s re-tooled Barcelona team. But will Brendan Rodgers let him leave?

When asked about the prospect of losing Tielemans, Leicester manager Brendan Rodgers has stated that the club do not want to sell him.

“It’s not something we are thinking of,” said Rodgers on selling their midfielder (via Leicestershire Live). “And it’s not anything the club have said we need to do. We don’t want to be offloading our best players, that’s for sure.

“So there has been no indication we need to generate money and move him on. But, of course, there’s a business side to the club that they will look at.”