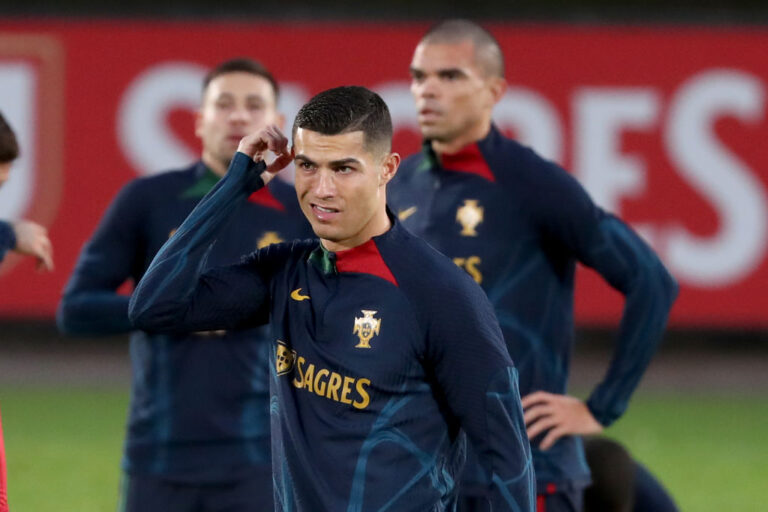 Cristiano Ronaldo has levelled criticism at Man United’s owners, the Glazers, in another fascinating segment from his upcoming TV interview.

With The Sun providing extracts in the build-up to the full interview airing this week, Ronaldo’s sharing of “the truth” has proven explosive.

He has responded to criticism from pundits and former teammates and blasted his current and former manager. Now, though, the Glazers have felt the wrath of Cristiano Ronaldo.

“The Glazers, they don’t care about the club,” claimed Ronaldo, via The Guardian. “I mean, professional sport, as you know, Manchester United is a marketing club.

“This is why I came to Manchester United.”

The Portuguese icon then suggested that those at the top of the club will hold Man United back from competing at the top once more.

“But you have some things inside the club which don’t help Man United reach the top level as Man City, Liverpool, and even now Arsenal, for example. It’s hard, in my opinion, it will be hard for Manchester United to be at the top of the game in the next two or three years.”

Also in the wide-ranging interview, Ronaldo explained his reason for missing pre-season this year. Unfortunately, this caused further tension between the player and the club.

Speaking to Piers Morgan, Ronaldo told of how he missed pre-season due to his daughter, Bella, being sick in hospital. He also accused the club of not believing his reason for missing pre-season.

“I spoke with the director and president of Man United,” he said, via Sky Sports. “And they kind of didn’t believe that something was going wrong – which made me feel bad.”

When pressed for confirmation that they did not believe him, he added: “They believed me but in the same way…”

Ronaldo then shook his head to infer that they did not.

“I am never going to change the health of my family for a football. Now, or ten years behind or forward. And it is something that really hurt me because they doubted my word that I was struggling.

Whilst some aspects, such as his explanation for missing pre-season, are understandable, others have been much more controversial. For instance, Ronaldo’s admittance of having “no respect” for Erik ten Hag was likely to divide opinion.

Now, it looks like some elements may cause issues in the dressing room, too.

Did Bruno Fernandes give Ronaldo a cold greeting on international duty?

A clip of Bruno Fernandes and Cristiano Ronaldo linking up for international duty has been doing the rounds on social media.

In the video, the Man United teammates greet each other at their national team training camp. However, Bruno appears very reluctant to greet his teammate.

Ronaldo offers a handshake, which Fernandes slowly accepts. The pair then have a very brief conversation before Bruno moves to another area of the dressing room to greet others.

But was it as bad as some have suggested? The Portugal national team also shared the interaction – suggesting that there is not a deep-rooted issue.

Despite this, it is unlikely that all of Ronaldo’s teammates will be pleased with his publicised comments. So he may receive frosty greetings when he returns to the club.