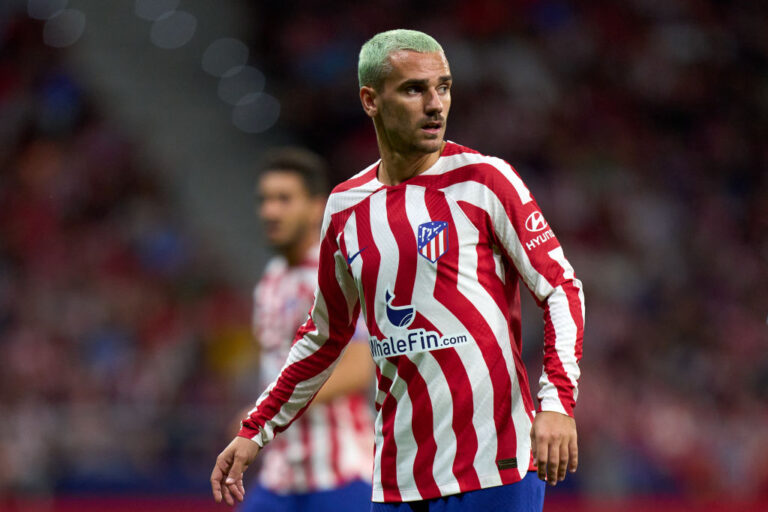 Barcelona have started preparations to take legal action against Atletico Madrid, over the club’s handling of the release clause in the contract of Antoine Griezmann, according to reports.

Over the last few years, the Spanish club have fallen down the footballing mountain. However, last season, under the guidance of Xavi, they looked like the Barcelona of old. And now, they’re trying to capitalise on that momentum.

And to do that, they went wild in the transfer market. Barca secured the likes of Robert Lewandowski and Raphinha amongst a plethora of others. However, this only worsened their crippling financial state.

The club struggled to register their new players and had to put in a massive effort to reduce their wage bill. Consequently, they worked hard to sell the likes of Pierre-Emerick Aubameyang. In addition, Barca banked on making money back off Griezmann due to a conditional future fee clause in his Atletico loan contract. However, that may not be the case.

‘La Blaugrana’ loaned the forward back to their rivals last season, with an interesting clause. Atletico only had to buy him if he played more than 50% of his matches over the course of two years.

Consequently, the club have tried to avoid letting this clause be executed by subbing the Frenchman on at convenient times – usually after the 60-minute mark. However, Barca argue that he has already fulfilled the necessary condition for the payment of €40 million because he played more than 50% of the time during matches last campaign.

The contract specifically stated that the loan lasted for a year with the potential for an extension. Therefore, the contract clause would be executed if he played more than 50% of the minutes in games he was available. And he more than surpassed that figure last term.

Therefore, according to Sport, Barca’s legal services are preparing the corresponding lawsuit to make sure they receive payment.