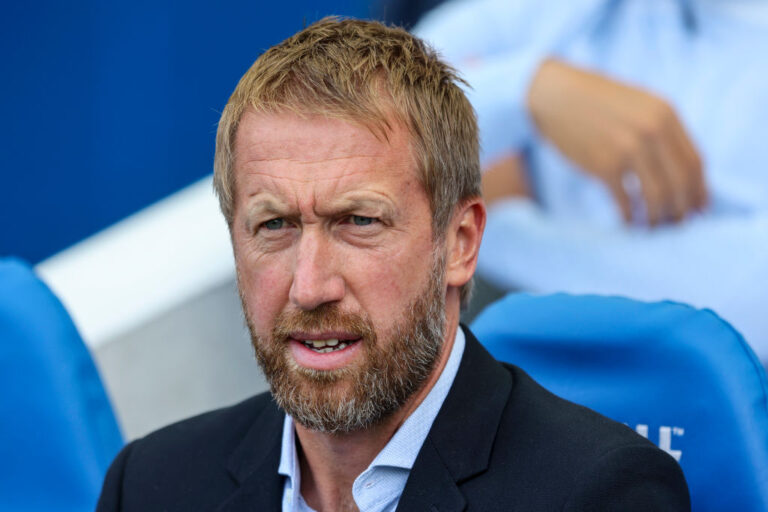 Man United debated attempting to appoint Graham Potter last summer, it has been revealed, only to make a U-turn in favour of Erik ten Hag.

Following a worrying start to the season, the new Red Devils boss has miraculously turned the fortunes of the club around. The Manchester side have won their last four Premier League games. They also look likely to challenge for a place in the Champions League – although it is still early days.

However, prior to the turnaround, United suffered two hugely disappointing defeats, one of which came at the hands of Potter’s Brighton.

Granted, the English boss might bear a degree of resentment towards the footballing giants for turning him down. But he will likely have taken some solace in masterminding their demise on that particular afternoon.

The 47-year-old utilised his footballing IQ to guide his side to a 2-1 victory. Consequently, the opposition fanbase were left in a state of disappointment.

But with his managerial prowess considered, why did United decide against appointing him as their new gaffer?

The club felt the former left-back lacked the Champions League experience necessary to take on such a significant role, according to the Daily Mirror. Considering they failed to make the prestigious competition, and their new boss has no prior miles in England, it may be a decision that they briefly regretted.

However, given Ten Hag’s superb start to life at Old Trafford, despite a rocky opening two games, not many United fans would trade the Dutchman for anyone else right now.

Potter, meanwhile, had to wait for another opportunity. And unsurprisingly, he didn’t have to show too much patience.

After sacking Thomas Tuchel, Chelsea snapped the ex-Ostersunds boss up.

Following his appointment, Potter said: “I am incredibly proud and excited to represent Chelsea FC, this fantastic football club.

“I am very excited to partner with Chelsea’s new ownership group and look forward to meeting and working with the exciting group of players and to develop a team and culture that our amazing fans can be proud of.”