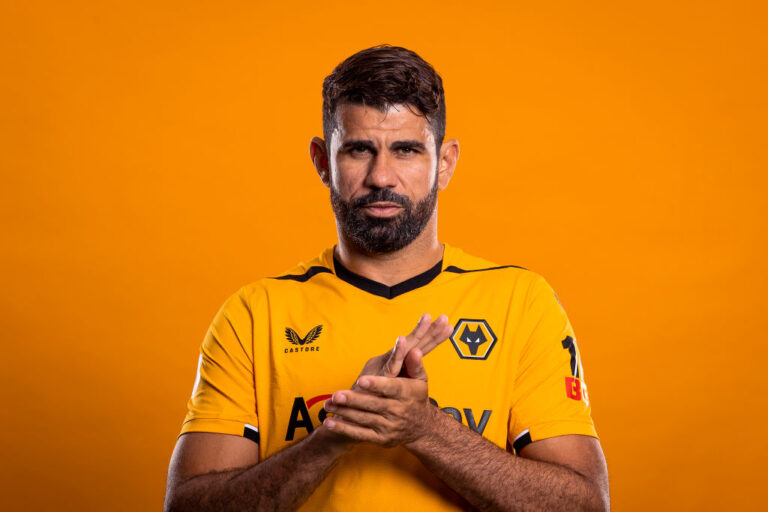 Diego Costa has revealed the reason behind his shock return to Premier League football after a five-year absence.

The Spanish international recently joined Wolves as a free agent. He comes in as cover for Sasa Kalajdzic, who unfortunately suffered a long-term injury on his club debut after signing on deadline day.

A formidable goal scorer in his prime, Costa has a tremendous goal record in England’s top division. In 89 appearances for Chelsea, the striker bagged 52 goals and 18 assists. Additionally, Diego Costa was part of the Chelsea teams that won the 2014/15 and 2016/17 league titles.

But now he faces the new challenge of helping Wolves find the net more frequently. They are the joint-lowest scorers so far this season, netting just three goals in six games.

In an interview after officially signing for the club, Diego Costa detailed the reasoning behind joining Wolves and his passion for the Premier League.

Costa firstly expressed his very positive opinion of Wolves when asked about his new team.

“It’s a first-class club with very good players who know how to play football,” said their new signing. “And, having the chance to play in the Premier League again was the main thing.”

The Spaniard added: “Obviously, the club influenced my decision, especially knowing I will be able to adapt a lot more easily here. Not only from a technical point of view, the quality of the players, but also from the fact that a lot of them are Portuguese and that will make my transition much smoother.”

After passing on his best wishes to the injured Kalajdzic, Costa then revealed that the prospect of battling in the Premier League once more convinced him to join.

“It lit that fire within me. No matter how much I enjoyed playing in Madrid, I felt discouraged. But this motivated me. I always thought the Premier League was the best out there, the best in the world.

“From my experience, the league has the atmosphere, stadiums full of supporters, the way the game is played, the perfect pitch condition, the respect that players have for each other.

“I did wonder if I would be able to do it – if I was physically and mentally ready for this new challenge. A difficult one, for sure, but mentally, I’m fine. I will need two to three weeks to get back in shape. But that’s normal, since I haven’t done much for a while – but I know I can do it.

The move marks the first time Costa will play in England since leaving Chelsea in 2017. Following his stint at Stamford Bridge, the Spaniard picked up silverware in Europe and South America.

Diego Costa re-joined Atletico Madrid in 2017, costing the La Liga giants £57 million. In his first season back, the striker helped Atleti win the 2017/18 Europa League. Costa started in the final as the Spanish side beat Marseille 3-0.

However, he drifted in and out of the starting line-up at Atletico, as injuries hampered his second stint there. Sadly, Costa did not break double figures in goals during his three seasons back at Madrid. As a result, in January 2021, the club released him.

Then, in August 2021, a different Atletico signed Diego Costa. This time, it was Brazilian giants Atletico Mineiro.

Here, he was part of the squad that won a domestic Brazilian League and Cup double. Just five months and 19 appearances later, though, the forward left Mineiro and became a free agent once more.

Costa will now hope to build fitness ahead of Wolves’ next game, which is currently scheduled to be at home to Man City on 17 September.