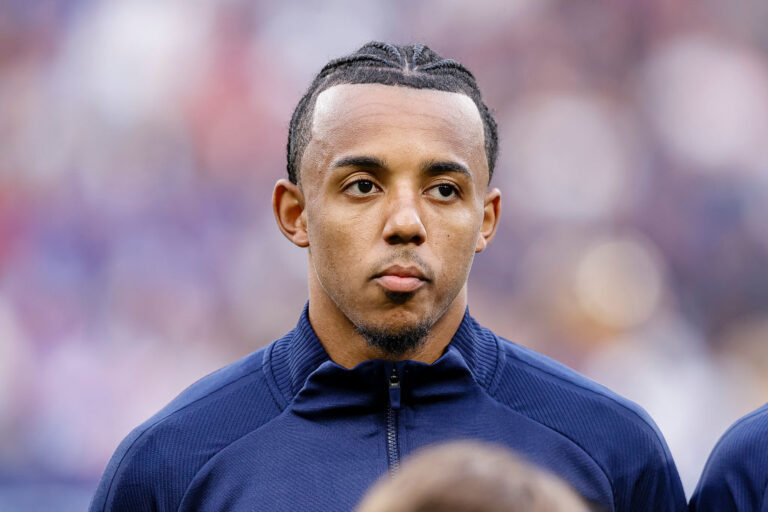 Barcelona have agreed a shock deal with Sevilla to sign French star Jules Kounde, leaving Chelsea in the lurch.

The centre-back appeared destined to play his football at Stamford Bridge next season, but in a stunning turn of events, that will no longer be the case. The London club reportedly agreed to a whopping £55 million deal with Sevilla, in which Kounde would make £150,000 a week for five years. However, the 23-year-old threw the cat amongst the pigeons after turning up to the Spanish club’s pre-season tour.

His unannounced arrival shocked his teammates, Sevilla insiders and Chelsea supporters. As per esteemed journalist Fabrizio Romano, the Premier League side sent the papers through on July 22. But the next day, Gerard Romero revealed that Barca had won the race.

He wrote: “This morning, Barca and Sevilla have reached an AGREEMENT principle for Jules Kunde.

“The operation is closed by 99 per cent, except for a cataclysm in the next few hours. The central defender of Sevilla will be a culer [Barcelona player].”

This move has left Chelsea in a difficult position as they will now no longer sanction Cesar Azpilicueta’s transfer to the Nou Camp. And to make matters worse, this isn’t the first time the Spanish giants have ruined one of their deals.

The young star has emerged as one of the brightest talents in football. He’s captivated spectators at the Ramon Sanchez-Pizjuan Stadium with his incredible agility, blistering runs and sublime athleticism. In addition, he’s proven his ability at the international level, securing 11 caps for his country.

He would likely have made a huge impact in England this year. However, that will no longer be the case. But to add insult to injury, this marks the second occasion that Chelsea have missed out on a big-name player at the hands of Barcelona.

As per The Express, Brazilian midfielder Raphinha turned down a move to the London club in favour of a transfer to the five-time European champions.

Thus fans have taken to Twitter to post their reactions to Barcelona pulling off the double hijack.