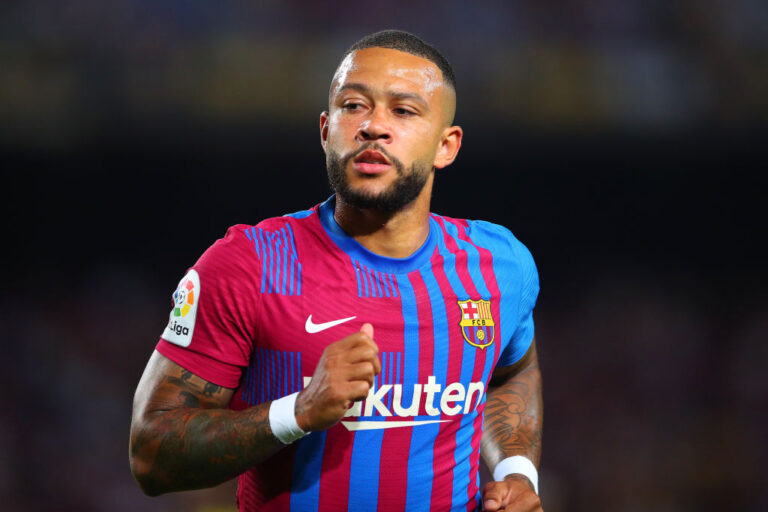 In a bid to raise finances, Barcelona are willing to offload big names like Memphis Depay, and Spurs look set to take advantage.

In recent years, the Spanish giants have crumbled. A host of financial issues have resulted in the once-dominant side tumbling down the footballing mountain. However, under the guidance of Xavi, Barca have slowly regained their right to dine at football’s most desirable table.

Last season, his management saw the La Liga side enter a 13-match unbeaten streak, in which they beat Real Madrid 4-0 and ultimately finished second in the table. But despite their resurgence, they’re still facing economic issues.

In order to bring new players to the Nou Camp, they have no choice but to show others the door. Frenkie de Jong, for example, has cost the club more than they believe he’s worth and therefore, they are trying to push a transfer through to Manchester United. But the midfielder isn’t the club’s only expendable player.

According to Sport, Barca is willing to let the talented winger go for a bargain price of £17 million. Although Depay would like to carry on his run at the La Liga club, he’s aware he’s been placed on the market. However, should a move to the North London side come to fruition, the 28-year-old would continue to play Champions League football, which is reportedly very important to him.

Despite not reaching the heights expected of him at Barcelona, Depay clearly has plenty left to give. Renowned for his explosive pace and ability on the ball, the player has developed a huge reputation. In addition, he has free-kick prowess, with him bagging the most goals from set-pieces in all of Europe during the 2014-15 campaign.

Last season, he scored 13 times in his 38 appearances for his club and a further four times in his five caps for the Netherlands. In total, the proud Dutchman has hit the back of the net 42 times for his country. Irrespective of where he ends up come the end of the transfer window, the bulk of his focus remains on the World Cup, in which Holland play in Group A against Senegal, Ecuador and the host nation Qatar.