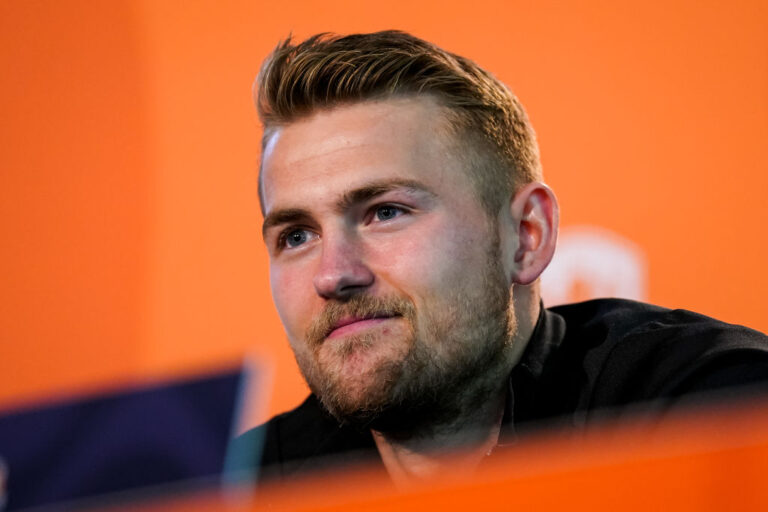 Bayern Munich have successfully secured Matthijs de Ligt in one of the biggest deals of the summer. And they announced it via a promotional masterpiece.

On July 19, the German side finally brought the defender over to the Allianz Arena. In a deal worth £65.6 million, De Ligt has dedicated the next five years of his career to the reigning Bundesliga champions.

Throughout his time with Juventus, the 22-year-old proved himself as one of the greatest young players in the sport. Renowned for his crunch tackling, footballing IQ, marking, power and speed, his consistent performances helped the Italian giants claim a Serie A title and a Coppa Italia.

The centre-back revealed that he can’t wait to walk out for the first time for Bayern.

As per BBC Sport, he said: “I’m very happy to become a player for this great club.

However, with a signing so big, the club couldn’t reveal the deal in a normal way. Instead, they had to well and truly push the boat out.

In an accidental tribute to 80s pop rock band The Police, the German giants revealed their new signing via a ‘message in a bottle’. The video features a bottle slowly gliding down a river with classic German music playing in the background.

Slowly but surely, the glass object goes on a journey past the local ducks and under the bridge until it catches pace and finally reaches its intended recipient.

De Ligt undoes the lid to reveal a Bayern shirt with his name on the back.

He looks at the camera and says, “servus”, which means ‘greetings’ in German.