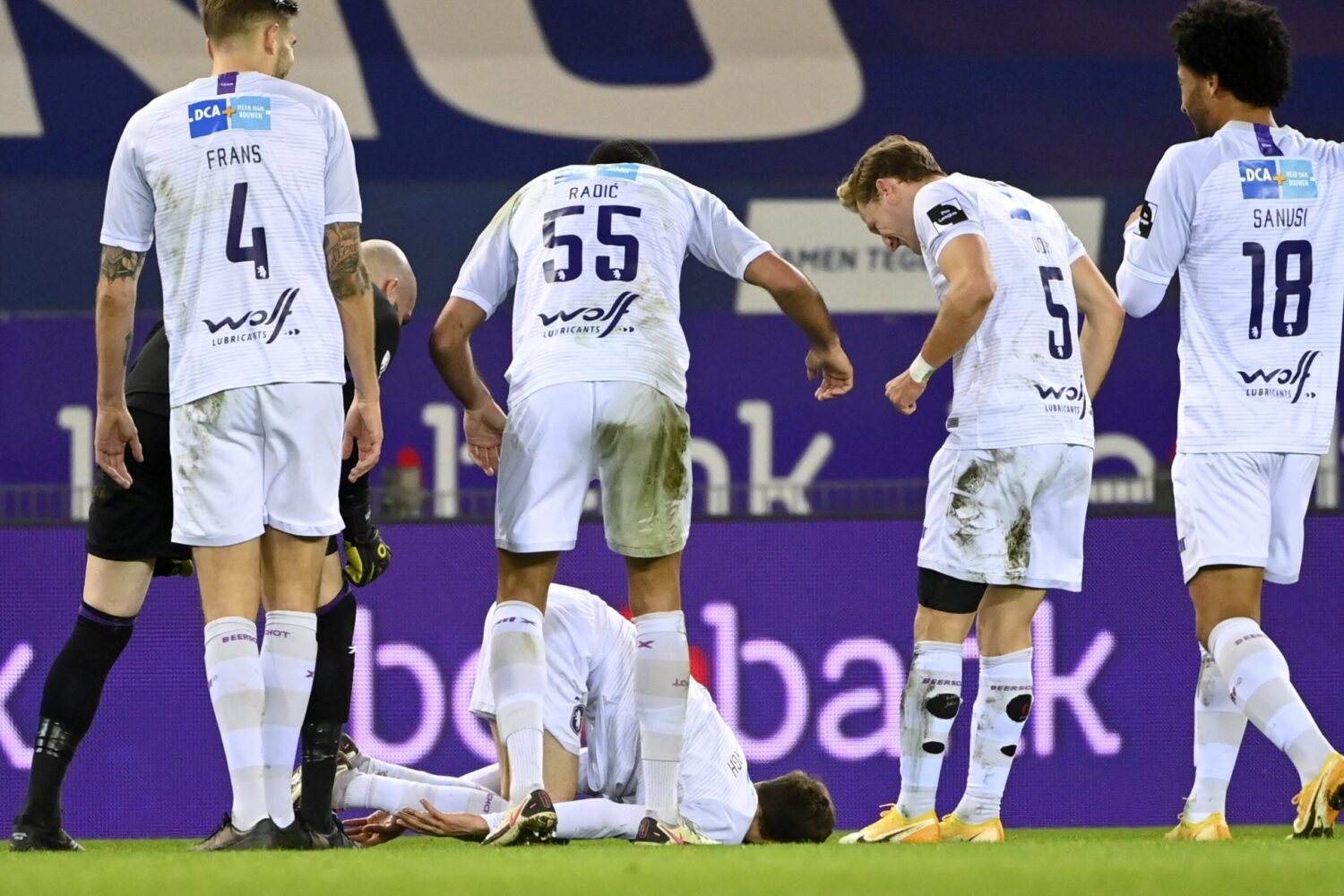 Belgian Pro League side Beerschot VA picked up their sixth away win of the season on Sunday with a 2-1 victory over Genk.

The game was still on level terms in the 65th minute, with both sides having chances to score.

That would soon change, after Beerschot defender Jan Van den Bergh unleashed a left-footed scorcher of a strike from well over 35 yards that flew straight over the goalkeeper and into the top corner.

Not content with simply scoring one of the goals of the season, the Belgian centre-back decided to go one better with his celebration.

Van den Bergh lowered himself to the ground in what can only be described as a ‘slug’ pose, before writhing across the pitch.

He’s quickly surrounded by his team-mates, who help him to his feet. To be fair to the Belgian, it is a solid impression.

That goal would prove only to be a consolation for the hosts, however. Beerschot held on for the win to move up to sixth position in the Jupiler League.

The origins of the ‘slug’

Van den Bergh is not the first player to attempt a ‘slug’ celebration. Notts County defender Matt Tootle was the first to begin the trend back in 2017.

After team-mate Richard Duffy had given the Magpies an early lead against Wycombe, Tootle scooted across the ground in the ‘slug’ position to join in the celebrations.

Tootle then scored himself a month later in a 4-1 win over Lincoln City. Following the goal, the right back decided to bring back the superb viral pose.

Could we see other players give the ‘slug’ a go in the coming weeks? Let’s wait and see.