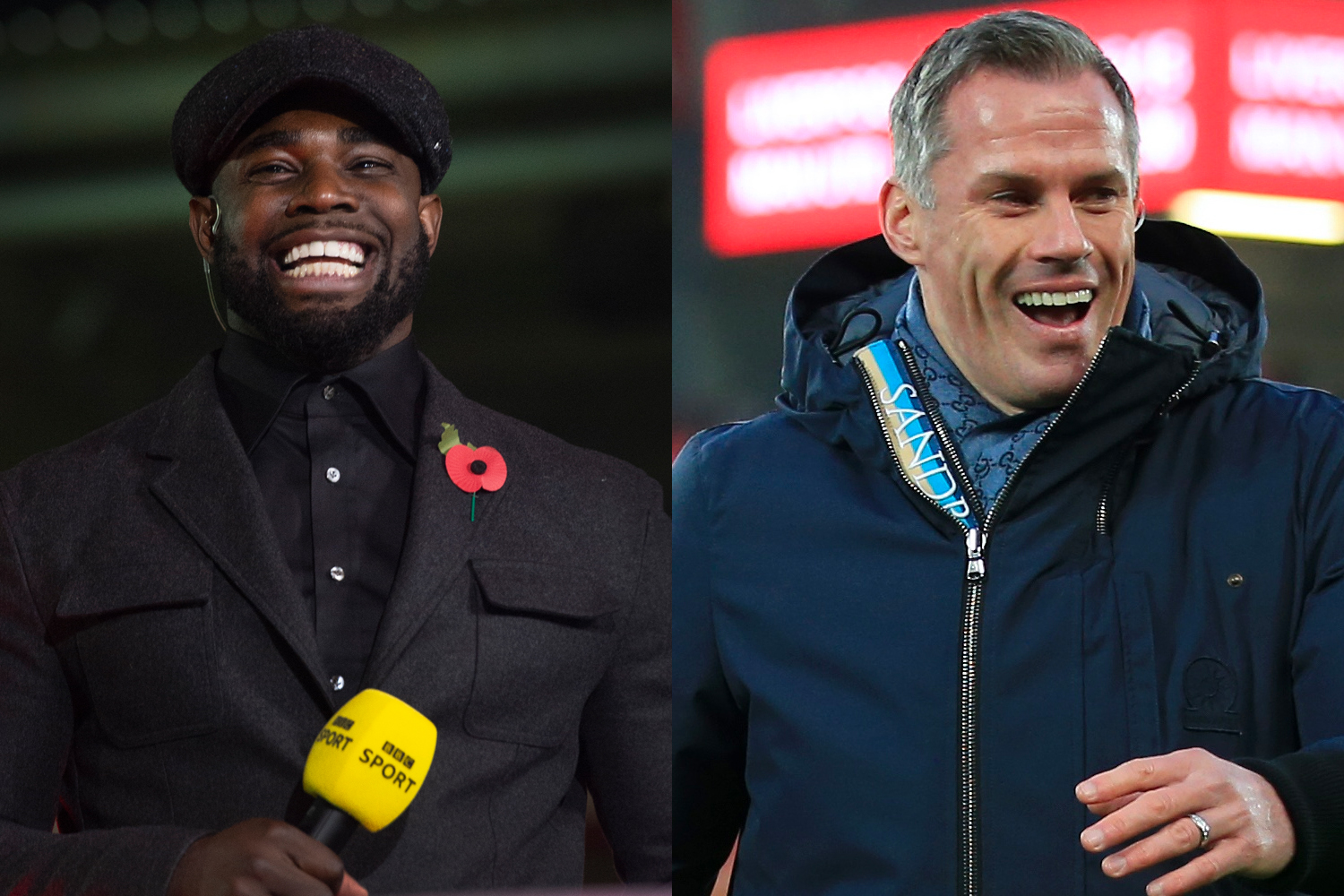 Carragher and Richards have both built a glowing reputation as pundits, both for their analysis and on-screen chemistry.

The former Liverpool man took aim at his co-host last night though, making a brutal observation about Richards and the former Manchester City captain.

Played at his own game

While we may be used to Richards being the one cracking jokes, he was done over by Carragher during CBS’ Champions League coverage.

The two were speaking about how Olivier Giroud struggled to stand out during his time at Arsenal, perhaps because he was being regularly compared to club legend Thierry Henry.

Then, unfortunately for Micah, this happened.

Carragher interrupted the point by pointing out that it could be a similar situation to the one between Richards and Kompany at City, leading to fits of laughter in the studio.

All that was missing is Gary Neville chiming in.

Given Kompany’s incredible impact during his time at City, it’s hard to imagine Richards could possibly have any complaints.

We’ve said it plenty of times, we’re all for this new wave of pundits not taking themselves too seriously when it comes to coverage. Richards and Carragher, along with Neville, are perfect examples of that working so well.