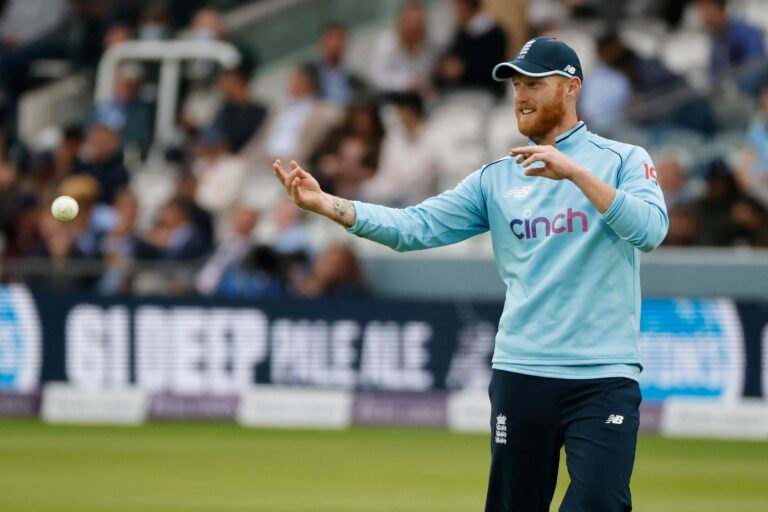 England all-rounder Ben Stokes is doubtful for this winter’s Ashes tour after undergoing a second surgery on a finger injury.

Stokes broke his finger during the Indian Premier League (IPL) in April. He subsequently left India to undergo surgery.

The 30-year-old then underwent a staged return. He played several games in the T20 Blast for Durham, before starting their County Championship clash with Warwickshire.

During that game, he was called up to the England ODI squad to take on Pakistan as captain after the entire original squad was forced to self-isolate.

He then featured twice in the inaugural edition of The Hundred. Following that, it was announced he would take an indefinite break from cricket to prioritise his mental wellbeing and rest his finger.

Now, he has had a second operation on his finger, which took place on Monday.

The ECB said in a statement: “Ben Stokes has undergone a second operation on Monday 4 October to address ongoing issues with the finger that he injured in the IPL in April.

“Stokes has had two screws and scar tissue removed from the index finger of his left hand.

“He will now undergo an intensive period of rehabilitation for the next four weeks under the supervision of the ECB’s medical team.”

Even before the news of his finger surgery, Stokes was already considered a doubt for the Ashes as no timeframe had been placed on his return to cricket.

He was not selected in the squad for the upcoming men’s T20 World Cup. The competition takes place in the United Arab Emirates later this month.

Back in August, England Test captain Joe Root said (quotes via Cricinfo): “Cricket has to be a secondary thought [for Stokes]. It’s a long way down the line and he should take as much time as he needs.

Ashes series “expected to go ahead”

In terms of the status of the upcoming tour Down Under, Sky Sports reported yesterday that the Ashes is “expected to go ahead“.

A number of England players and staff had held concerns about potential quarantine restrictions, and how strict the restrictions would be for themselves and families.

It has been reported that families will be able to quarantine in a resort in Melbourne over the Christmas period. Quarantine periods for arrivals into Australia could also be cut from 14 days to seven by mid-November.

The first Test of the upcoming Ashes series is scheduled to begin on December 8 in Brisbane. The T20 World Cup final will be played on November 14.