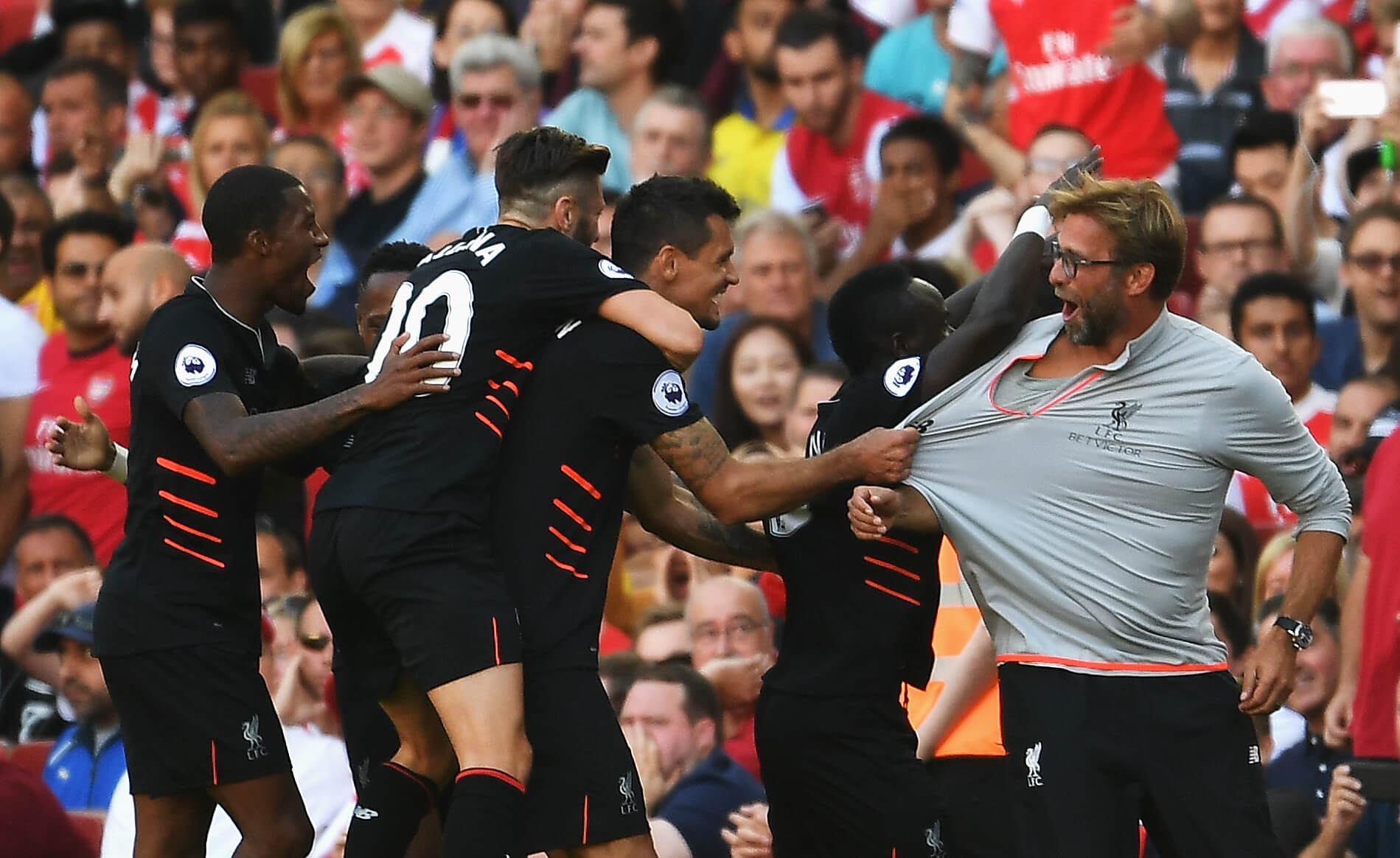 Fixtures were confirmed for the 2021/22 Premier League season on Wednesday, with a number of high-profile clashes in prospect.

Manchester United take on Leeds United at Old Trafford in the most notable fixture of the weekend, whilst Premier League champions Manchester City travel to Tottenham Hotspur.

But can any of the matches live up to some of the great opening day fixtures? Let’s take a look at some of those games below:

This game was highly anticipated for several reasons, not least the expected Spurs debut of Jurgen Klinsmann.

The German international had signed from AS Monaco that summer, with a trip to South Yorkshire a great opportunity to hit the ground running.

Hit the ground he certainly did. With the score at 3-2 to Spurs after an electric opening 80 minutes, Klinsmann scored a diving header and celebrated by diving to the ground.

Although David Hirst pulled one back for Wednesday a minute later, there was to be no leveller and Spurs took home an opening day victory.

Manchester United would famously go on to win the treble in 1998/99, but their opening day clash against Leicester almost ended in disaster.

The Foxes went 2-0 up thanks to goals from Emile Heskey and Tony Cottee, as Martin O’Neill’s side looked to get their season off to the perfect start.

But with 11 minutes on the clock, Teddy Sheringham pulled one back, before David Beckham salvaged a point as injury time approached.

Between 2008 and 2012, David Moyes‘s Everton had a difficult relationship with opening day fixtures.

Their first game of the 2008/09 season, against Blackburn Rovers, was full of thrills and spills.

David Dunn put Rovers in front, before goals from Mikel Arteta and Yakubu either side of half-time gave Everton the advantage.

Roque Santa Cruz, however, quickly equalised for Blackburn. Then came the defining blow of the match. Santa Cruz hit the post with a header in the 92nd minute, before defender Andre Ooijer followed up and smashed the ball over the line.

The two teams would face each other again on opening day two years later, with Blackburn running out 1-0 winners at Ewood Park.

The Gunners went 1-0 up through Theo Walcott’s 31th minute, but then found themselves 4-1 down as Coutinho (x2), Mane and Adam Lallana lit up the Emirates Stadium.

Arsenal pulled two goals back through Alex Oxlade-Chamberlain – who would sign for Liverpool a year later – and Calum Chambers, but Liverpool held on for the three points.

A classic was hoped for, with Klopp facing off against Marcelo Bielsa, who was taking charge of his first Premier League game.

What we got defied all expectations. Liverpool took the lead on four occasions during the match, and were pegged back three times by Leeds.

Mohamed Salah‘s 88th-minute penalty – completing his hat-trick – secured the win for the Reds in what was a superb contest.

Can West Brom pull off another ‘Great Escape’?

Can West Brom pull off another ‘Great Escape’?