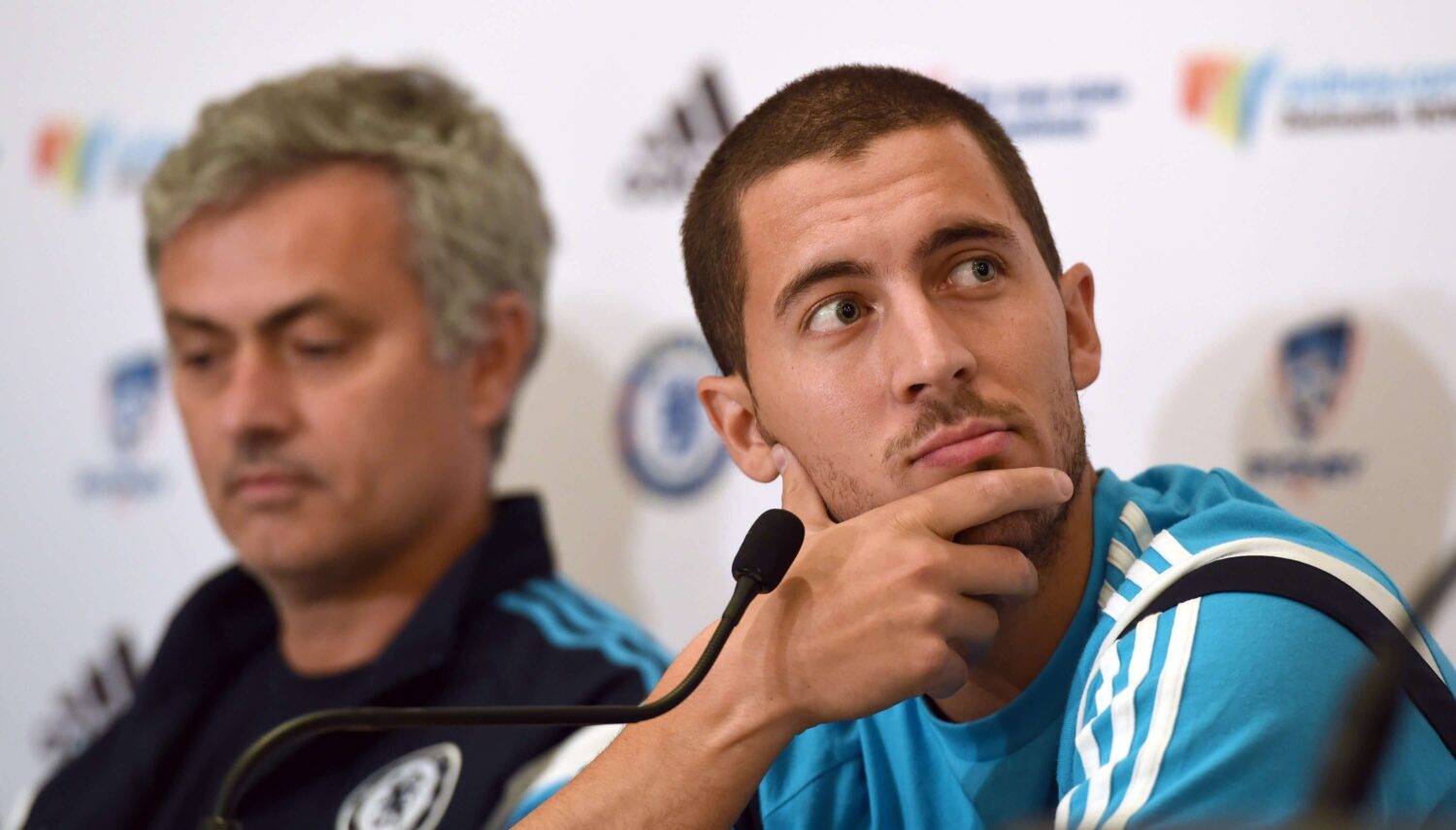 Jose Mourinho has spoken out about Eden Hazard‘s attitude to work outside of game, calling him “an amazing player with awful training”.

Mourinho managed Hazard at Chelsea for two-and-a-half years, with the pair winning the Premier League title in 2014/15.

The Belgian winger also won the PFA Players’ Player of the Year award for his performances that season, in which he scored 14 goals and provided nine assists.

But Mourinho was later sacked four months into the 2015/16 season after a defeat to eventual champions Leicester City, with Chelsea unable to recapture the form they had shown in the previous season.

On talkSPORT, Mourinho was asked for his opinion on Hazard, who is currently featuring for Belgium at Euro 2020.

The 30-year-old has made two substitute appearances for Roberto Martinez‘s side. He carried an injury into the tournament.

Mourinho praised the winger for his immense talent, but says he could have been even better with a “super-professional attitude” in training.

Mourinho said: “The truth is what you see from him – he is an amazing player with awful training.

“You can only imagine what he could be with a super-professional attitude in training.

“In the end, he is an amazing kid, he is an incredible family man, he looks like he doesn’t belong to this generation of players, he’s very quiet and is totally focused on family, on kids, on parents, on a very quiet life.

“But he gets onto the pitch every morning and… he doesn’t work much.

Mourinho also spoke about Hazard’s move to Real Madrid, and says that he has got into a “negative dynamic” with injuries.

The Belgian has featured in just 30 league games since joining Real in the summer of 2019 for a fee of around €150 million.

Since January, he has started only twice for club and country.

Mourinho said: “He is this amazing player and you can imagine if he was a top professional.

“But in terms of his fitness, his speed, his condition, he would be a much better player [if he trained properly]. What you see is just the talent that got Eden to where he is.

“He’s had more injuries at Real Madrid, at his time with me at Chelsea he didn’t, he might have had one but it was nothing big.

“But in Madrid he got into this negative dynamic with his injuries and that’s probably affected him.”