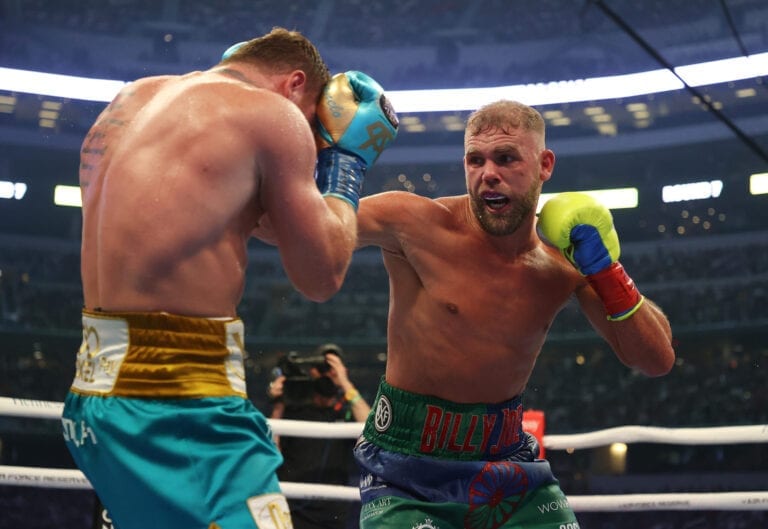 Billy Joe Saunders has thanked fans for the well-wishes after undergoing surgery following his defeat to Canelo Alvarez on Saturday night.

Saunders’ corner threw in the towel following the eighth round, after the Brit sustained significant damage to his eye following a fearsome uppercut.

Eddie Hearn revealed that Saunders had suffered ‘multiple fractures to the orbital area’ of his right eye, and spent Saturday night in hospital before undergoing surgery on Sunday.

There had been question marks on the lasting impact such an injury would have on the 31-year-old’s boxing career, however, Saunders has vowed to return in his first message since the weekend’s defeat.

He wrote on Facebook on Monday: “Thanks everyone for msg.

“You win some and lose some. Didn’t feel out (of) my league but got caught with a good shot and couldn’t see.

“Thank you all who watched. I’ll be back, God bless you all.”