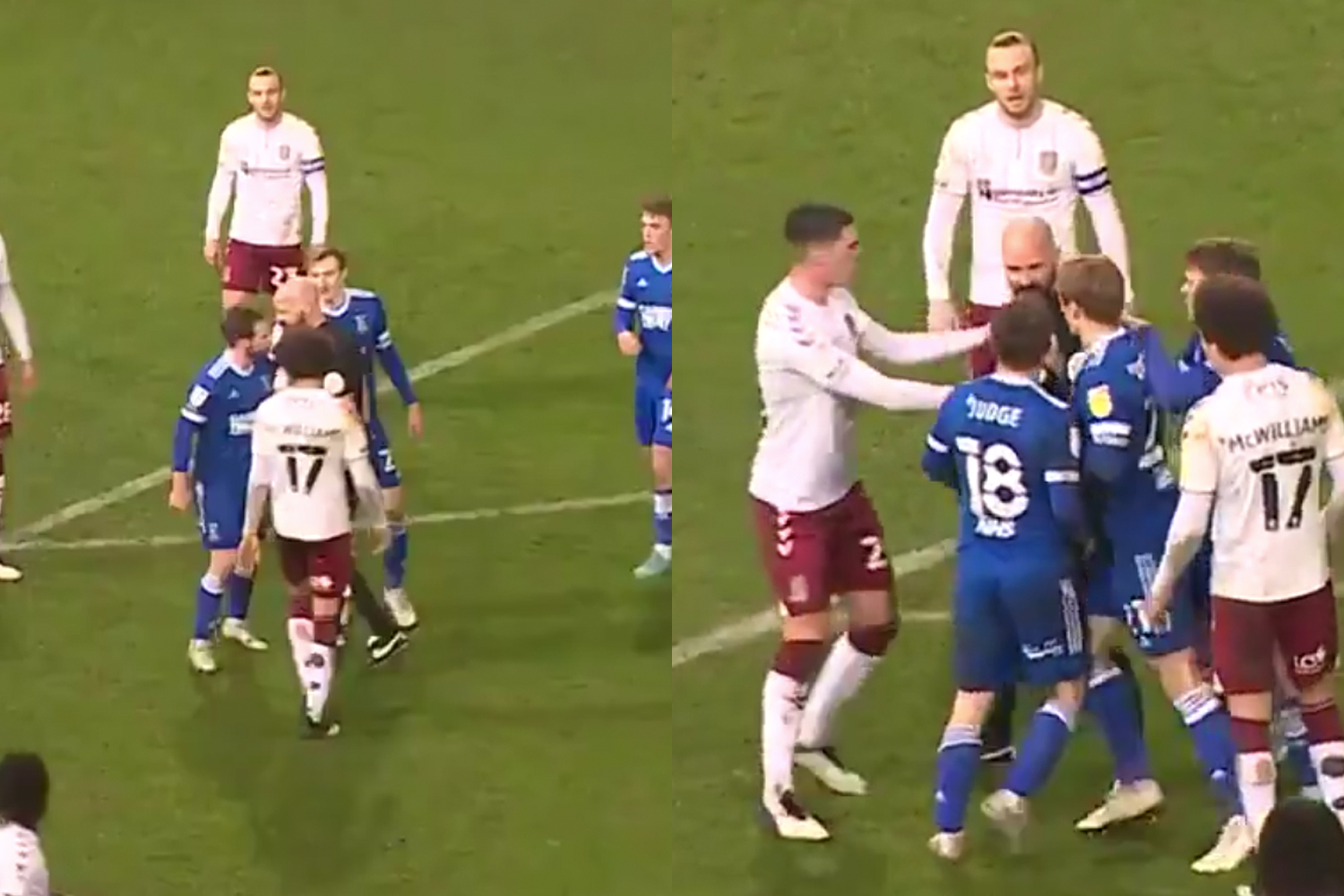 There was a big moment of controversy in Ipswich Town’s meeting with Northampton last night, in which referee Darren Drysdale seemed to square up to midfielder Alan Judge.

The altercation begins with Judge getting in the face of Drysdale after being penalised for simulation, a decision he clearly wasn’t satisfied with.

However rather than standing there and taking the criticism, the referee seems to take a step towards Judge, verging on going head-to-head with the player.

Perhaps somewhat luckily, Drysdale seems to quickly see through the red mist, and proceeds to brandish a yellow card.

Referee Darren Drysdale appeared to square up to Alan Judge before booking the Ipswich player in their goalless draw against Northampton this evening. pic.twitter.com/ZexMTxYIx7

Ipswich manager Paul Lambert has since said he wants the EFL to investigate the incident.

“I’ve texted Mike Jones [EFL head of referees] this morning to say have a look at the footage of the head thing,” Lambert told Talksport.

“It looks as if the referee went in there and I said to him after the game, ‘Did you put your head in my player?’

“He couldn’t answer it and that’s the reason I spoke to Mike. I haven’t seen that in a long, long while.”

The Football Association has confirmed it is aware of the incident.