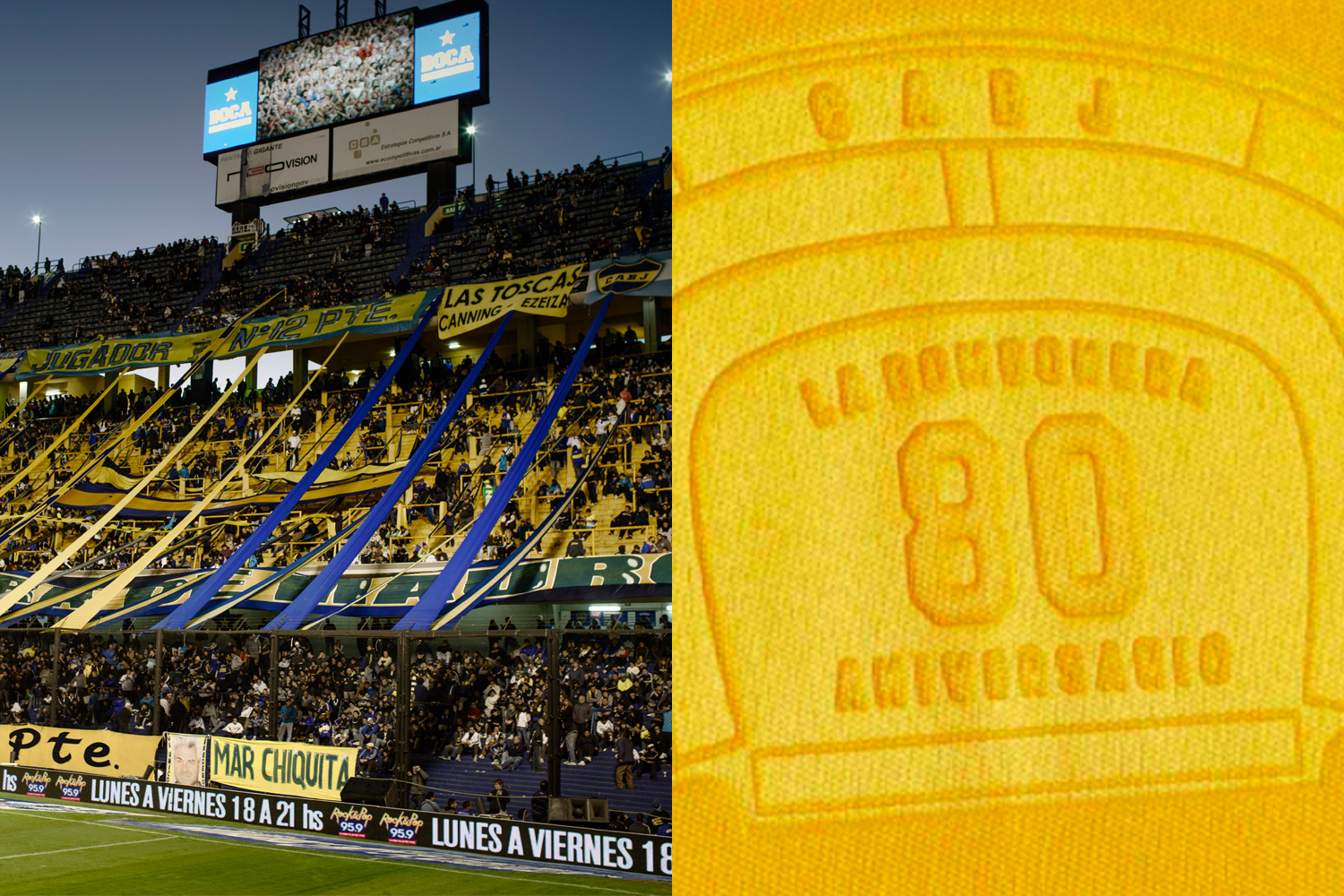 The lovely shirts, combined with the fascinating culture surrounding the Argentinian side have long made them the second team of choice for any budding football hipster.

With that being said, this one’s going to go down a treat.

Inspired by their iconic La Bombonera stadium, one of the most talked-about, revered grounds in the world, the striking number celebrates the 80th anniversary of the side calling it home.

The sttunner features that golden yellow that is used as a trim on the home and away shirts, along with loads of really nice little touches like the blue trim running down the side to represent the stadium’s seating and a special embossed patch to mark the anniversary.

Surely it’s one of the best kit releases this year?