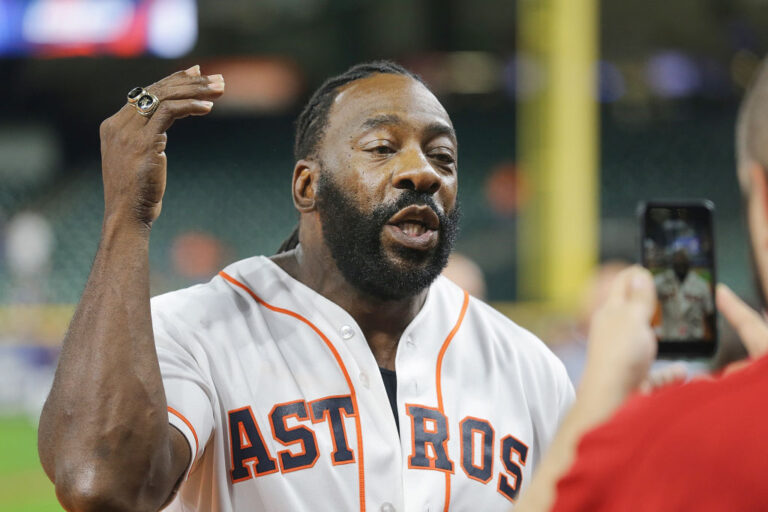 WWE legend Booker T hasn’t ruled out one last WWE WrestleMania match against one of the greatest superstars to have ever lived – if it was offered to him.

The WWE legend has wrestled sporadically over recent years, but has yet to officially call it a day. In his prime, he oozed charisma, and had the physical attributes to dismantle any opponent who dared set foot in the ring with him. Therefore, some fans would love to see him participate in one last dance.

As per Wrestling Inc, he said: “I was approached, actually, to have a final match next year at Starrcast. Harlem Heat’s final match, here in Texas. I said, ‘Hell no. We ain’t doing none of that.’

“I just had a match a couple of weeks ago. My knee was killing me. I can only imagine what it’s going to feel like next year. Y’all can forget about seeing me do one last match.

Now, however, the 57-year-old has opened up on who he’d like to stand opposite him if he ever graced the WrestleMania stage again.

During the latest edition of his podcast, the sporting icon selected ‘The Rated R Superstar’ as his ideal opponent, and listed off a selection of other options.

Speaking on ‘The Hall of Fame with Booker T and Brad Gilmore‘, he said (quotes via WrestlingNews.co): “If they were to ask me to do a WrestleMania match with Edge, of course, I would do it.

“I don’t think there’s anything on their radar, or anything like that. I don’t have any itch to scratch, as far as getting back in the ring or anything. But you know me, guys. I’m all about that paper, baby. You know, that WrestleMania check was always good. Always good, you know.

“So, I would love to step back in the ring if the situation was right. I heard Baron Corbin calling me out. You know, Sami Zayn is out there doing some stuff. There are certain guys I would love to do some stuff with, but they better be able to take care of me more than anything.”