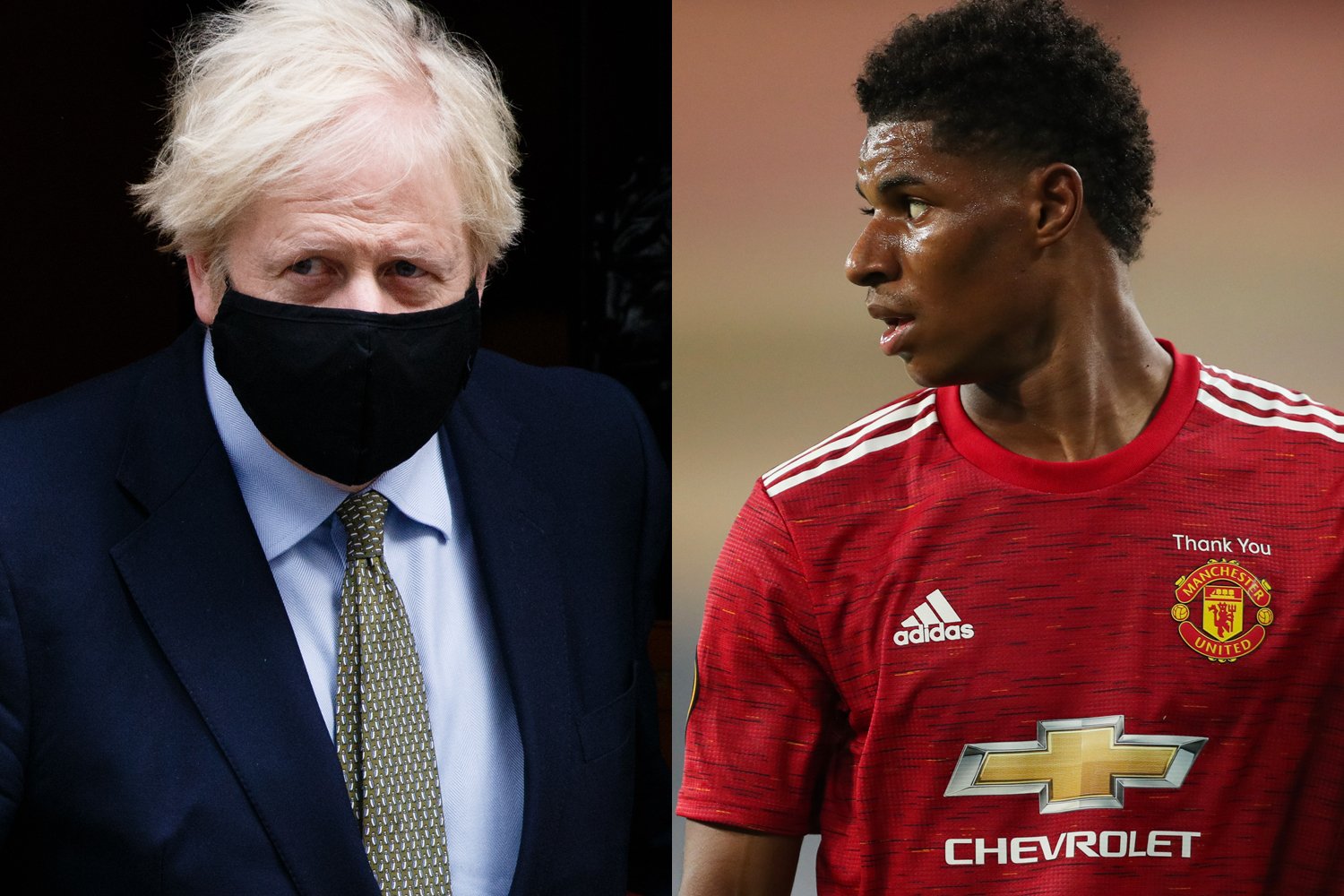 Marcus Rashford is a f*cking hero. Anyone arguing otherwise is flat-out wrong.

The work he’s done to ensure thousands of kids don’t go hungry is phenomenal, doing more in just a few months than most modern politicians have done in their careers to look after the country’s most vulnerable.

However the Prime Minister has rejected calls from the United man to extend the free school meal scheme through half term and the Christmas holidays.

In response, a No 10 spokesman said: “We took that decision to extend free school meals during the pandemic when schools were partially closed during lockdown. We’re in a different position now with schools back open to all pupils.

“It’s not for schools to regularly provide food to pupils during the school holidays. We believe the best way to support families outside of term time is through Universal Credit rather than Government subsidising meals.”

Rashford, who was awarded an MBE for his work, was quick to slam the decision, pointing out the alarming need for food banks as a direct result of poverty across the UK.

It’s also not for food banks to feed millions of British children but here we are. 250% increase in food poverty and rising…

This is not going away anytime soon and neither am I… https://t.co/dCwT07WShz

The decision comes after the Wythenshawe-born-star launched an impassioned plea to ensure food poverty didn’t lead to kids going hungry in the coming months.

“Whatever your feeling, opinion or judgment, food poverty is never the child’s fault. Let’s protect our young.” He said last week.

“Let’s wrap arms around each other and stand together to say that this is unacceptable, that we are united in protecting our children.

“Today, millions of children are finding themselves in the most vulnerable of environments and are beginning to question what it really means to be British.

“I’m calling on you all today to help me prove to them that being British is something to be proud of.

“Right now, a generation who have already been penalised during this pandemic with lack of access to educational resources are now back in school struggling to concentrate due to worry and the sound of their rumbling stomachs.”

Rashford has already forced the government into one U-turn, so here”s hoping he can do it again.