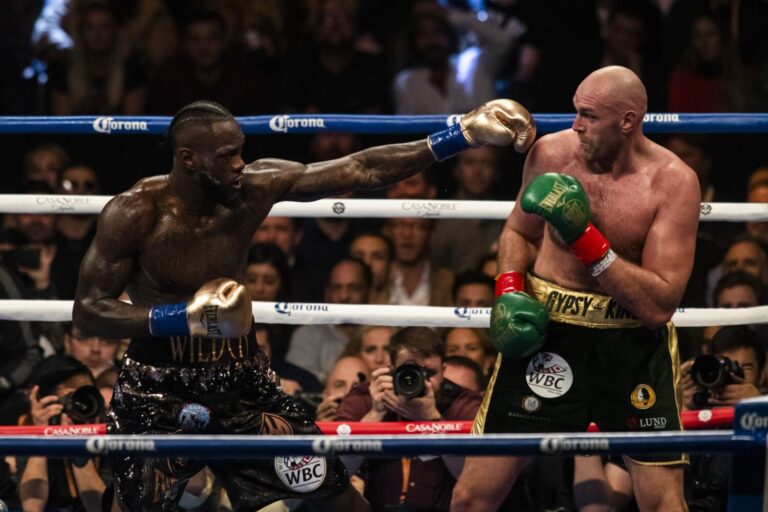 Fury and Wilder certainly delivered the goods the first time round and with the highly-anticipated rematch imminent, excitement is at boiling point.

More than a year on from that memorable bout, the two heavyweights will go to war once more after judges were unable to split the pair in December 2018.

Fight fans were left gobsmacked in the first fight, when Fury somehow rose from the canvas after being dropped by Wilder’s fearsome right hand.

Despite that knockdown, many felt Fury had done more than enough to win the fight, showcasing his superior technical ability in the early rounds. However, it wasn’t to be and now we get to see the pair go at it all over again on February 22.

Here’s everything you need to know ahead of the rematch.

What time will Fury VS Wilder 2 start?

Both fighters are expected to enter the ring at around 4am UK time, though this is yet to be fully confirmed and it’s definitely worth giving yourself a 30 minute head start.

Where can I watch the fight?

Who else is fighting?

How do both fighters’ records look?

Most bookmakers have Fury as the slight favourite, though even on this front, it’s almost too close to call.

Odds from William Hill correct as of February 12.